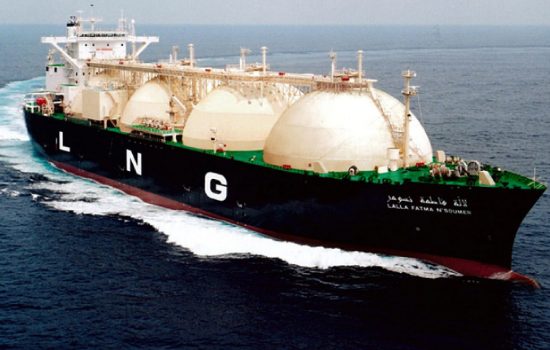 *Algeria, the second largest exporter of LNG in Africa, seeks to secure future investments to solidify market status.
*Sarens recently completed a revamp of the LNG plant in Arzew, Algeria, to reduce maintenance costs for the facility as well as maintain stable LNG gas production.

Lagos — Algeria, a north African country with huge potential in the hydrocarbon and petrochemical industries, has recently completed the process of approving texts for its new hydrocarbon law as it looks to rake in investments in the sector.

Algeria, one of the most important producers of oil and gas in Africa, counts on their hydrocarbon sector which accounts for 28% of GDP and 98% of all exports according to reports by its government.

After long delays in getting the law approved, the country sees light at the end of the tunnel and looks to attract critical foreign investments in the industry as it faces declines in exports and revenue.

Sarens, a global leader and reference in heavy lifting and transport entered the petrochemical market in Africa with a goal of supporting maintenance and construction projects at crucial refineries and facilities in the industry.

As the world’s first LNG producer, Algeria is home to the Arzew LNG facility which is a crucial export for the country while also playing an instrumental role in lowering emissions and improving air quality through its use. It remains one of Europe’s largest pipeline natural gas suppliers and hope to maintain this status by securing new investments and new deals with other countries despite recent supply issues and issues to export.

Stabilizing supply to secure foreign investment
After recent delays in production at Algeria’s Arzew plant, including a December disruption caused by bad weather which lead to a shortage of natural gas supplies globally, the country has made efforts to stabilize its production. The Hydrocarbons Law will play a key role in revitalizing this critical market from an outside perspective and improving the country’s status since according to reports by Bloomberg, this is not the first time delays have caused issues for Arzew’s exports.

Sarens was contracted by Renaissance for Air Product in Algeria to lift and carry out the installation of refinery equipment at LNG plant in Arzew and needed to strategically plan the lifts required to not disrupt the operations of the plant.

“In such a critical industry for Algeria, Sarens was honored to take on this project and demonstrate our expertise in the petrochemical realm. We were able to ensure that there were no additional disruptions in production at the plant while it underwent important maintenance,” said Garima Khanna of Sarens.

Future Outlook
Sarens adds the maintenance of Arzew plant to its vast repertoire of petrochemical projects, following notable projects at the world’s largest refinery in India and maintenance at the ExxonMobil Altona Refinery in Melbourne. It has positioned itself strategically in areas dependent on petrochemical production to step in and perform critical maintenance work to support the industry.

The petrochemical industry in Africa will continue to be a crucial area for investment in countries such as Algeria and Nigeria, countries rich hydrocarbon resources and some of the largest LNG exports in the world, as well as being a key market for Sarens.

The Arzew plant’s renovations will reduce future maintenance costs and gas consumptions rates, as well as maintaining LNG gas production at the GL1Z plant, boding well for its future.