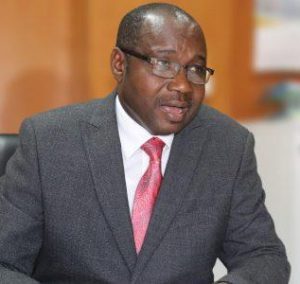 Lagos — Disagreement has ensued between the Secretary to the Government of the Federation, SGF, Mr. Boss Mustapha, the Chief of Staff, COS, to the President, Prof. Ibrahim Gambari, and organised labour over the recent sacking of the former managing director of the Transmission Company of Nigeria, TCN, Mr. Usman Gur Mohammed.

Mr. Mohammed was sacked last week by the Minister of Power, Mr. Mamman Sale, in what the minister described as part of “measures to reposition and improve performance of the nation’s power sector,” according to a statement by his Special Adviser on Media and Communications, Mr. Aaron Atimas. Mr. Sule Abdulaziz was immediately announced as new TCN boss in acting capacity.

However, the development has not gone down well with organised labour, whose members have asked the SGF to query the sacking of Mohammed, which the Power minister said was approved by President Muhammadu Buhari through the Office of the COS.

Gambari, in a letter, titled “Re: Aligning the Transmission Company of Nigeria with the Presidential Power Initiative” addressed to the Minister of Power, said: “Further to your submission on the above subject, kindly be advised that the President has approved the immediate removal of the current managing director of the Transmission Company of Nigeria (TCN), Usman Gur Mohammed directed that Sure Abdulaziz be installed as acting managing director pending your submission of a substantive list for the board and executive management of the TCN.”

However, the SGF disagrees with the sack of Mohammed. He has released a circular on what the official procedure for the removal of heads of public agencies in the country should look like – a move seen by many as power play and response to the sack of the TCN boss without his consent.

Mustapha, in the circular, tagged Mohammed’s removal as “arbitrary” of chief executive officers, CEOs of government agencies and parastatals “given the attendant impact on the stability and service delivery of the agencies.”

According to him, no minister had the powers to unilaterally remove CEOs of agencies without going through the disciplinary procedure approved by the President for erring heads of agencies.

“When an act bordering on serious misconduct against a chief executive officer is reported, it shall be the duty of the supervising minister through the permanent secretary to refer the matter to the governing board for necessary action. The board shall, in line with due process, issue him/her a query requesting an explanation with respect to the specific act(s) complained about; the board shall forward its findings and recommendations to the minister for further consideration and necessary action; upon receipt of the submission from the minister, the Secretary to the Government of the Federation shall without delay cause an independent investigation and advise Mr. President on the appropriate course of action.”

Some other reports have also alleged that Mr. Mohammed’s sack was over his involvement in the $2 billion Siemens Presidential Power Initiative, PPI, scandal.

In a sharp reaction, some labour movements have threatened to go on strike should the former TCN MD be restored to office.

In a letter to President Buhari, signed by its general secretary, Umar Abubakar Dubagari, the Senior Staff Association of Electricity and Allied Companies, SSAEAC, declared: “Your Excellency is hereby notified of pending labour action by our union and Trade Union Congress (TUC) in the unlikely event that the (Boss Mustapha’s circular restores UG Mohammed to TCN and if the wrongful termination of our president is not reversed immediately”.

Protesters, under the TCN branch of SSAEAC and the Nigerian Union of Electricity Employees, NUEE, last Wednesday, had barricaded the corporate headquarters of the Ministry of Power and TCN over the removal of Mr. Mohammed. They demanded his immediate return to office.

Joining the fight, a coalition of 21 stakeholder-civil society groups from the National Power Sector Stakeholders’ Forum, NPSSF, also urged the President to recall the sacked TCN boss, describing his removal as beyond the jurisdiction of the Power minister.

A communique signed by its national coordinator, Mr. Musa Dawop, called on the President to investigate the SGF, alleging that he has a special interest in the Power ministry.