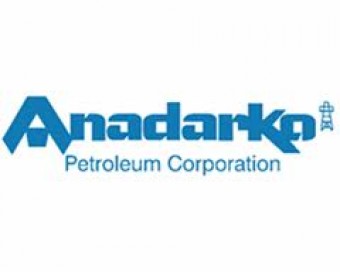 5 October 2011, Sweetcrude, Maputo – US-based Anadarko Petroleum has expanded its development plan for a block offshore Mozambique from which it expects to generate at least 10 trillion cubic feet of gas, following a positive result from an exploration and appraisal well.

The company confirmed over 380 net feet of natural gas pay in both exploration and appraisal targets in the Camarao well, located in the Rovuma basin area 1 block – of which about 140 net feet was a new find in the shallower Miocene and Oligocene sand packages.

The well reached a total depth of 12,630 feet in water depths of about 4730 feet, and is located about 5 miles south of the original Windjammer discovery and about 10 miles north of its Lagosta discovery, both in the Area-1 block.

“We still have significant exploration and appraisal work ahead of us, including the evaluation of two newly acquired 3D seismic datasets and expanded prospect opportunities,” he said in an announcement.

“We are mobilising a second deepwater drillship to the Rovuma basin to accelerate the campaign, which includes an extensive reservoir testing program and up to seven exploration and appraisal wells over the next 12 months.”

Anadarko senior vice president of worldwide operations Chuck Meloy said the company had expanded its base case development plan to a minimum of two 5-million-tonne-per-annum trains, with the flexibility to develop additional trains should they be required.

“Once the first two trains are constructed, this infrastructure is expected to provide economies of scale that can reduce expansion costs for any additional trains,” he said.

“Further, we anticipate the results of our drillstem testing program will help determine the optimal number of subsea development wells and offshore facility requirements.”

“Camarao is the sixth successful gas well drilled in the offshore block and successfully confirmed a different geological model which can be incorporated into future drilling plans.

“Our appraisal campaign is de-risking and substantially increasing resources and I am confident this will continue.”