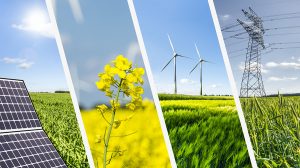 But the rapid shift in the rest of the world towards renewable energy means that countries in the region that boast vast untapped hydrocarbon reserves and depend on exporting those resources for revenue and attracting investment funding, will face increasing challenges.

Some projects are underway, and more are needed, according to six officials, investors and experts, but challenges including financing, security and coordination are vast.

“We have been hearing that by 2030 developed nations will no longer need our oil and gas,” Gabriel Mbaga Obiang Lima, Equatorial Guinea’s hydrocarbons minister, told a recent oil conference in Senegal’s capital, Dakar.

“The question is, what are we going to do if we can no longer sell to Europe, America or Asia?”

At least eight memorandums of understanding (MOU) have been signed in recent weeks for major oil and gas infrastructure networks that would criss-cross the continent, targeting export, domestic, and regional markets.

Obiang Lima said that by 2030, African fossil fuel producers’ main market will be Africa itself, and without it they were likely to be left with stranded assets.

He was presenting the Central Africa Pipeline System (CAPS), a new 6,500-km oil and gas network with hubs, terminals, and storage facilities expected to stretch from Chad to Angola and inland into Rwanda.

“The objective of the project is to create areas where we can transport, store, distribute and create petroleum hubs. The best example of this is Rotterdam,” he said.

Other projects include a trans-Sahara gas project involving Nigeria, Algeria, and Niger who have revived decades-old talks. The 4,000 km, $13 billion pipeline could send up to 30 billion cubic metres a year of gas to Europe.

Senegal and Mauritania on Oct. 15, signed four MOUs with Nigeria and Morocco for the estimated $25 billion Nigeria-Morocco Gas Pipeline project, while construction is underway on the 2,000 km Niger-Benin oil pipeline.

Africa holds around 13% of the world’s natural gas and 7% of its oil but has the world’s lowest per capita energy use.

Although renewables could play a major role in Africa’s energy supply in the years ahead, governments say they need fossil fuels for baseload power generation that will power industries. Africa is home to 60% of the best solar resources globally, yet has only 1% of installed solar capacity.

Energy demand is expected to grow rapidly over the next two decades, 30% higher than today, compared with a 10% increase globally, consultancy McKinsey said in a report in June.

While projects like the trans-Sahara and Niger-Benin pipelines are focused on exports, potentially boosted by moves in Europe to wean itself off Russian energy, Obiang Lima and others said it was a chance to develop regional markets.

Besides the 678-km West Africa gas pipeline completed in 2008, linking Nigeria, Benin, Togo and Ghana, few regional oil and gas projects exist to take products where they are needed.

Senegal, which joins the continent’s oil and gas producing club next year, and others, have laid out gas development plans which include terminals, pipelines for domestic and regional markets, and conversion of coal-fired power plants to gas.

But most African countries, including major crude producers such as Nigeria, still depend on imported refined products because local and regional oil and gas infrastructure is poor.

Mickael Vogel, head of research at pan-African energy investment research firm Hawilti, said focus should be on developing domestic gas markets and infrastructure before anchoring it to bigger regional network if needed.

Citing the example of independent oil and gas producer Perenco in Cameroon, Vogel said companies should start with gas-to-power generation, then liquefied petroleum gas, and expanding to small-scale LNG for export, and finally gas to industries.

“Once you have that in place, you can develop the gas market further, then the domestic infrastructure can anchor regionalisation. I think it should start with the domestic component,” Vogel said.

Obtaining financing to develop Africa’s vast oil and gas projects will remain a challenge in the absence of strong domestic markets, the International Energy Agency (IEA) said in its June report.

“Africa’s track record for gas projects in this regard is not encouraging,” the IEA said, citing delays in TotalEnergies’ Mozambique project and in the Senegal-Mauritania gas project.

“These problems are weighing on the prospects for investment decisions for other African LNG projects in the pipeline.”

But Omar Farouk, Secretary General of the African Petroleum Producers’ Organisation, told an oil conference earlier this month that he was confident energy projects in the continent will get financing.

“Funding requirements for the oil and gas industry in Africa far exceeds the capacity of any one individual country in Africa. However, when we pool our resources together we can raise financing to sustain the industry in the continent.”

He said his organisation, which is backing the CAPS pipeline, has partnered with the Africa Import Export Bank to fund an energy bank, which will have around “$6 billion in its kitty” to fund projects.

Finding gas and laying pipes across the continent may prove easy, said an oil executive who focuses on Africa. He added that keeping assets safe could prove the biggest challenge, including in places like Nigeria, where militant violence and oil theft are common.

Another challenge would be for countries to set aside historical differences to unlock the wider market and to offer regulatory stability needed for investments of up to 30 years, said another regional oil and gas expert who requested anonymity.

Previous plans for major regional projects such as large-scale refineries have been thwarted by rivalries, ending in countries constructing small refineries that eventually failed, the expert added.