Angola goes all out to attract investment 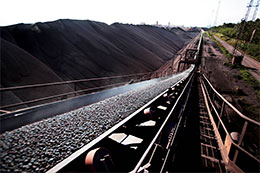 09 April 2013 – Angola, the world’s fifth-largest diamond producer, had cut mine taxes and would spend billions of dollars to attract investment into mineral deposits, Geology and Mines Minister Francisco Queiroz said.

The projects included the $900 million (R8.2 billion) Cassinga iron-ore mine, fertiliser output of 400 000 tons a year and a $400m manganese development, Queiroz said last week in Luanda. A mining law enacted last November that cut tax to 25 percent from 35 percent was followed by investment from companies such as diamond producer De Beers and Sumitomo, which was developing an ammonia and urea plant, he said.

“The new law is very clear with lots of security for investors, which gives them certainty, transparency and guaranteed mining rights,” said Queiroz, who drafted the new code. “It has flexibility for companies to join with partners based on negotiation with the government, not imposition, which is a break from the past.”

Angola wanted to diversify its earnings away from the crude oil and diamonds that made up almost all its exports, more than 40 percent of economic output and over 70 percent of government revenue, he said. Production of gems, Angola’s chief mineral export, might increase to about 9 million carats this year from 8.3 million carats last year as four new mines started, he said.

The country is rebuilding its economy after a civil war that lasted from independence from Portugal in 1975 until 2002. It pumped 1.78 million barrels a day of oil last month, second only to Nigeria in Africa, mainly from offshore fields run by companies including Total, Exxon Mobil and BP.

The rehabilitation of the colonial-era Cassinga iron-ore mine near Jamba would be funded about equally by the state and Angola Exploration Mining Resources (AEMR). The latter is a partnership between closely held Luanda-based DT Group and Empresa Nacional de Ferro de Angola, the state iron-ore company known as Ferrangol, he said.

It was too early to determine exact production levels as reserves were still being assessed, while indications were the mine could operate for more than 40 years after a start in 2015. Last October, Queiroz said the mine would produce 20 million tons of ore a year.

Reserves are estimated at 400 million tons, according to the state-run Jornal de Angola.

Ferrangol would build new roads and airports for the project and expand the port at Namibe, Queiroz said. The rebuilding of the Moçâmedes railway line heading inland was completed last year.

AEMR and Ferrangol were also involved in the re-opening of the Kassala-Kitungo iron-ore and manganese mines in Kwanza North province, Queiroz said. They are estimated to hold 300 million tons of iron ore and 5 million tons of manganese, says Jornal.

Gold exploration at Mpopo in Huila and Chipindo in Cabinda was being undertaken, Queiroz said.

And companies with ties to Israel’s LR Group had projects to mine Angola’s estimated 400 million tons of phosphorus and make fertiliser. Australian-listed Minbos Resources had an equal share of the Cabinda Phosphate Project with Petril Projects, a subsidiary of LR Group, and planned to start production in 2015. Vale Fertil, an Angolan division of LR Group, would begin output by the end of next year from a project in the northern province of Zaire, he added.

The projects would supply 200 000 tons a year to the domestic market and export the same amount, mostly to the US and China, and to Europe and India, he said. Angola wanted to double annual output to 400 000 tons within five years.

“Our study of the international market has shown there is a phosphorus production deficit of about 25 percent to 30 percent and we hope to supply 10 percent to 15 percent of world demand in 10 to 15 years,” Queiroz said.

The Cabinda project contained the advanced exploration sites Mongo Tando, Chibuete, Ueca and Chivovo, and Cacata, a site in development, said a March 15 regulatory filing by Minbos. The area’s exploration target, confirmed by Coffey Mining, was 333 million tons to 538 million tons with grades of 10 percent to 20 percent phosphate, Minbos said.

The company was negotiating to bring on a strategic partner by the end of last month to help develop the project, according to a March 27 note by Independent Investment Research. Annual output was forecast at 1.2 million tons and Minbos could upgrade the phosphate to 32 percent with little extra processing, the analyst said.

The Mavoyo manganese project in Uige province targeted a 2016 restart of a mine that operated before independence, Queiroz said. The area, near the border with Democratic Republic of the Congo, was known for its copper deposits.

The state wanted to increase domestic production of granite and marble supplies to 40 percent of the market from 10 percent at present over the next five years, Queiroz said.

Talks with Alcoa were ongoing to build an aluminum smelter to produce 750 000 tons of the metal a year, he said. It required the construction of a hydroelectric power dam, and the state would repay the cost of the plant to Alcoa. In October 2011, Alcoa said it was targeting first production in 2020 and had signed a deal for a 12-month exclusivity period to negotiate a power contract and co-operation agreement with the government. *Colin McClelland, Bloomberg