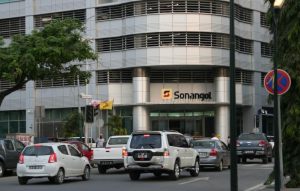 Johannesburg — Angola’s state oil company Sonangol reported EBITDA of just under $4.8 billion in the year to Dec. 31, it said in a statement on Tuesday, when it said it produced around 232 thousand barrels of crude oil per day.

Angola’s state auditor said in September that Sonangol, by far the biggest state company that the government wants to partly privatise, did not offer any results for it to examine as part of its health test for the 2019 financial year.