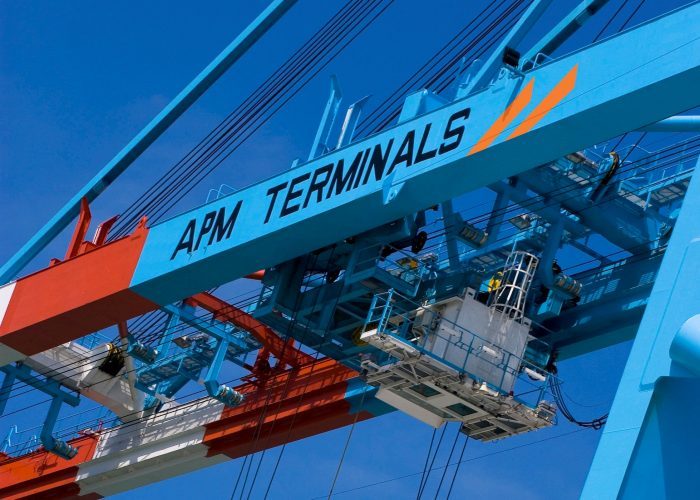 *Containers loading and offloading facility at the APM-terminals, Apapa.

21 May 2018, Sweetcrude, Lagos — An impact assessment study conducted by Quantifying Business Impacts on Society (QBIS) has revealed that the operations of the leading global port operating company, APM Terminals in Nigeria created a total turnover of $610 million (N186.05 billion) per year for the Nigerian economy.

Quantifying Business Impacts on society is a Denmark-based consulting firm and the assessment covers a three year period between 2013 and 2016.

The study’s main objective, according to Olisen and Westergaard-Kabelmann, was to assess the socio-economic impacts and value-addition of APM Terminals’ operations in Africa’s most populous nation and largest economy. The study focused on APM Terminals’ investments in Nigeria from 2010 to 2016.

The study also stated that the operation of APM Terminals has impacted positively on trade in Nigeria, leading to an increase of the country’s manufactured export by up to a 15% corresponding to around USD0.5 billion (N152.5 billion) in the period from 2006 to 2009.

The report indicates increasing Foreign Direct Investment impact in the country and increased non-oil exports, in line with the ambition of the Federal Government.

“With these increases in production come increases in number of jobs and salaries which in turn increases households’ income and leads to increased private consumption.

“This increased private consumption leads to a further increase in demand from the sectors delivering goods and services for private consumption, which in turn again increase employment and salaries and so forth, also referred to as induced effects,” the study stated.

The QBIS report said following the Nigerian port reforms, APM Terminals initially invested USD220 million in a comprehensive terminal upgrade in Apapa but has since 2011 pumped additional USD135 million to increase the capacity of the terminal.