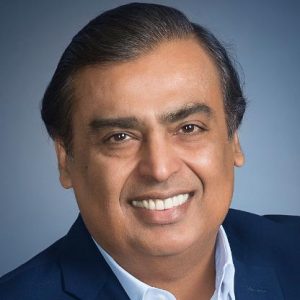 Dubai/New Delhi — Saudi Aramco, the world’s biggest oil producer, is in talks to buy a stake of at least 20 percent in the refining and petrochemicals businesses of India’s Reliance Industries Ltd, sources familiar with the matter said on Wednesday.

State-owned Aramco plans to boost investments in refining and petrochemicals to secure new markets for its crude, and sees growth in chemicals as central to its downstream strategy to lessen the risk of a slowdown in oil demand.

Aramco’s discussions with Reliance were for a roughly 20 percent stake, one source said, adding that the current thinking was to create an entity covering that part of Reliance’s refining, petrochemicals and marketing businesses.

If the deal went ahead, it could mean a boost in Aramco’s crude oil supply to Reliance by possibly more than 50 percent, the source added.

Another source said talks with Reliance were so far for a 25 percent stake.

“Reliance has offered an integrated deal – a stake in existing refineries and the planned 600,000 barrels per day (Jamnagar) refinery, along with petrochemical business,” the second source said.

The Times of India reported earlier that Aramco was in talks to buy a stake of up to 25 percent, which could be worth around $10-15 billion, valuing the Indian company’s refining and petrochemicals businesses at some $55-60 billion.

Reliance, controlled by Asia’s richest man, Mukesh Ambani, is India’s biggest refining and petrochemicals company and runs a 1.4 million bpd refining complex at Jamnagar in western India. It plans to expand capacity to 2 million bpd by 2030, according to plans shared with the Indian government.

Last year, Aramco and the United Arab Emirates’ national oil company ADNOC teamed up with state-run Indian refiners in a plan to build a 1.2 million bpd refinery and petrochemical project in Maharashtra state.

However, the planned refinery, which was initially expected to cost $44 billion, faces delays, as thousands of farmers have refused to surrender land for it and the Maharashtra government is looking to move the plant’s location.

Saudi Crown Prince Mohammed bin Salman visited India in February and said then that he expected investment opportunities worth more than $100 billion there over the next two years.

Nasser said in February that Aramco was in talks on possible investments in Indian projects with companies including Reliance.