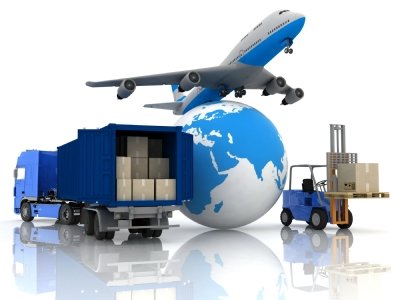 07 March 2018, Sweetcrude, Lagos — A former Chairman of the Council for the Registration of Freight Forwarders, Mr. Tony Iju Nwabunike has said that the group has concluded plans to join the Nigerian Shippers’ Council, NSC, in moving against terminal operators over arbitrary charges.

Speaking in Lagos, Nwabunike who is also running for the office of the President of the association also said that the group had expressed displeasure at the rate terminal operators have been increasing port charges without recourse to the authorities.

Presidential candidates for the office of the National President of the Association of Nigeria Licensed Customs Agents, ANLCA, Mr. Tony Iju Nwabunike has vowed to rescue clearing job from Customs officers and foreigners denying them of their duty.

He said this in his manifesto at the weekend in Lagos, while promising to facilitate cordial engagement with Customs and relevant committees to attain equal benefit for clearing agents.

Nwabunike who is also the former Chairman, Apapa Chapter of the Association and Chairman of Council for the Regulation of Freight Forwarding in Nigeria (CRFFN) also promised to standardize cargo clearing process and charges, encourage and facilitate members to team up to acquire Customs licenses.

He said: “The relationship between the customs and the customs brokers have been very cordial, there is bottlneck of multiplicity of agencies and some custom units, the government has said it would look at them and merge them together and make sure they have one or two area of customs where only generation of revenue would be monitored and not to have many tables as it use to be.

“Every leader comes with its own ideas and vision.

The ideas of our out going President is administrative idea, he has put in a good secretariat and put us on the limelight of the international organisation. He has done well in administration but I think something is lacking in operational.

“We have to do so many things in operation. If you look at the concessionaires, arbitrary charges is too much, the charges going on through the shipping company, the roads to Apapa is bad, welfare of the association has not been meet.

“Everybody is holding us to ransom, everything is collapsing, most importantly, our jobs have been taken away by foreigners and customs. The customs, government agencies have taken away our jobs, a quarantine is now a freight forwarder. A customs, NAFDAC officer is a freight forwarder, even transporters are practicing customs brokerage.

“Our predecessors have done very well in administration but on operations we need to work harder, we know where the problems are and we want to fix it,” he said.