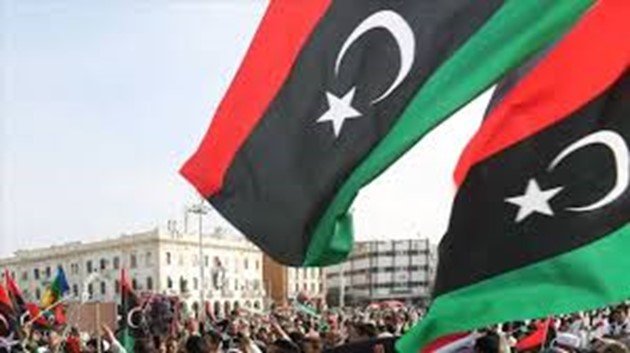 Lagos — The head of Libya’s new presidency council is due soon in the capital to begin work on a transitional government amid cautious hopes a decade of fighting that’s divided the OPEC nation may be coming to an end.

Mohammad Younes Menfi and others in the three-member council will be working alongside Abdul Hamid Mohammed Dbeibah, an influential businessman chosen as prime minister, in an administration that’s supposed to rule until elections at year’s end.

The North African country fractured in the aftermath of the NATO-backed uprising that ousted dictator Muammar al-Qaddafi in 2011, unleashing a string of conflicts. The most recent saw military commander Khalifa Haftar, who wields heavy influence in the east, make a failed bid to march on the rival, internationally recognized government in the capital, Tripoli.

Haftar’s self-styled Libyan National Army has welcomed the selection of leaders made Friday by Libyan delegates at a United Nations-backed forum in Switzerland. Two of his regional supporters — the United Arab Emirates and Egypt — have joined others in the international community in voicing support.

Dbeibah said in televised comments that the executive authority’s selection represented “the victory of national unity, peace building and achieving the desired democracy.” The vote was the product of months of UN-brokered negotiations to reach a consensus on Libya’s political future.

‘New Page’
But there’s a long way to go before the planned Dec. 24 vote. Working to a tight deadline, the new leadership will have to convince all Libyans they are politically represented after a decade of upheaval. Previous peace attempts have foundered, often disrupting oil output, a key source of revenue.

Libyans are “eager to turn a new page, yet cautious of old figures and their potential to spoil” the agreement, said Anas El-Gomati, director of the Sadeq Institute, a Libyan think tank.

Forming a unified government could stabilize production of oil in Libya, which has Africa’s largest reserves. The country has recently emerged from a nine-month blockade by supporters of Haftar that deprived authorities of billions of dollars in revenue. Production has rocketed back to about 1.3 million barrels a day from almost zero in September. 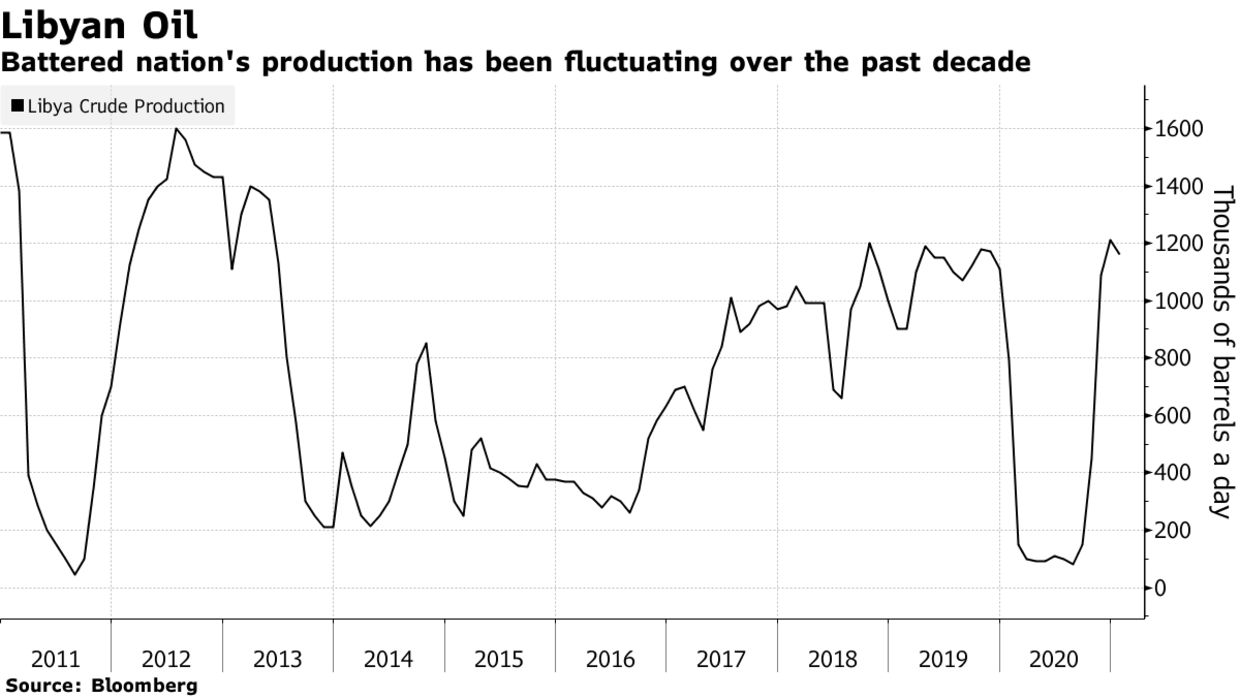 The distribution of oil wealth has long been a sticking point in the east, which has maintained it doesn’t receive an equitable share. That issue has still to be resolved, and Haftar may use blockades again to exert political pressure, according to Jalel Harchaoui, a senior fellow at the Switzerland-based Global Initiative Against Transnational Organized Crime.

Talks on the issue may become tenser this year and include the possibility of “small wars for some key oil assets,” such as Sharara, Libya’s biggest field, Harchaoui said.

The U.S. on Sunday encouraged Dbeibah to select a small cabinet of technocrats that can get quick backing from parliament and address key issues such as an electricity crisis.

The support of the new administration in Washington will be important, according to El-Gomati. The U.S. must send “a clear message to spoilers, both local and external, that it will not tolerate another war, foreign mercenaries or further instability to Libya’s oil production,” he said.