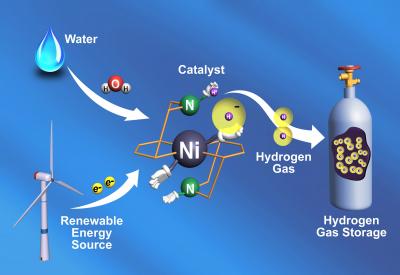 “The demand for hydrogen has grown steadily over the years at a much faster rate than GDP growth,” Linde Plc’s Chief Executive Officer Steve Angel told Reuters ahead of the groundbreaking ceremony for Linde’s $1.4-billion gas project on Singapore’s Jurong Island.

“The twin drivers of hydrogen have been sour crude feedstock processing (at refineries) and environmental regulations.”

The project is Linde’s biggest investment globally and will quadruple its gas capacity in Singapore. The facility will turn Exxon Mobil Corp’s heavy residue fuel into hydrogen and other gases when it starts operations in 2023. Exxon will then use the hydrogen to reduce the sulfur content of fuel produced at its refinery.

Linde has a long-term contract with Exxon that ensures the commercial viability of this project, Angel said.

An Exxon Mobil spokesman said in an email the company does not comment on commercial agreements.

Asian countries have tightened their fuel standards in the past few years by reducing the amount of sulfur allowed, pushing refiners to upgrade facilities to produce compliant diesel and gasoline supplies.

The latest change follows a mandate from the International Maritime Organization. Ships will have to either install pollution-removing devices or burn marine fuel with 0.5% sulfur, down from 3.5% currently, from 2020.

As a result, low-sulfur fuel oil or marine gasoil demand is expected to surge and has prompted refiners such as Exxon in Singapore to invest billions of dollars in new units that will give them the flexibility to process cheaper heavy sour crude.

“There are going to be some projects, many of which in southeast Asia, whereby refiners will be looking to take bottom of the barrel, residue products, and put them through a gasification process to produce hydrogen which can then be used to desulphurize the sulfur particulates. That’s how they are going to address IMO 2020,” Angel said.

This also allows refiners to choose between processing low- or high-sulfur crude, depending on prices of the raw materials, he added.

“They (refiners) want to have the flexibility to use whatever feedstock they want to use based on the cost differential of their feedstock choices. If you’re going to use sour crude feedstocks you need hydrogen,” Angel said.