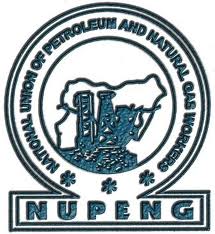 11 September, 2011, Sweetcrude, WARRI-THE management of Chevron Nigeria Limited, CNL, has been charged to deal only with the Comrade Felix Pemu led-executive of the National Union of Petroleum and natural gas workers (NUPENG) as it is the only authentic elected executives by the general congress of all Astral Contracting Services Limited workers in Chevron.

This was contained in a letter addressed to the Human Resources Manager, HRM/CLO of Chevron by D’ Zebra Consult, a firm of legal practitioners and notary Public, signed by Afekele Ataghoma, saying that they were elected at a congress meeting held from 3rd -8th of august, 2011 and duly informed the management by a letter dated 10th August, 2011 accordingly.

Elder workers of Astral Contracting Services led by Messrs Oboro Peter, Olu Kosinimola and Ojulari Dele respectively also in a statement made available to newsmen disclosed that the purported election of a new executive by the Zonal Office of NUPENG is not known to them, saying that it was meant to install their stooges and create confusion in the Astral branch of NUPENG.

According to the consulting firm of legal practitioners, any dealings with the Zonal Council elected executives of Astral branch of NUPENG is a nullity because the matter is already in court in suit no. EHC/183/2011 in Effurun, Warri, Delta State before the Zonal Office conducted the illegal election to serve their selfish purposes.

They therefore urged the management of Chevron in particular, NUPENG headquarters and the general public to disregard the Vanguard publication of September 8th, 2011 in its entirety in which a new executive was purportedly elected