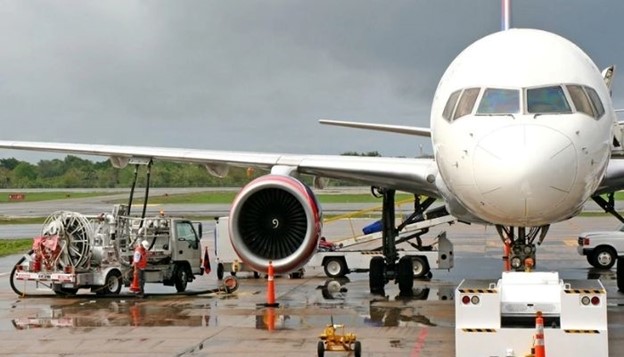 Dublin, Ireland — The National Bureau of Statistics (NBS) has disclosed that aviation fuel featured prominently in Nigeria’s trade data for the first quarter of 2022, as the country spent N292.56 billion in the importation of the commodity in the first three months of the year – January to March 2022.

According to the NBS in its Foreign Trade Statistics Report for First Quarter of 2022, aviation fuel, termed ‘kerosine type jet fuel’ accounted for 4.96 per cent of Nigeria’s total import of N5.9 trillion, with the commodity ranking the second most imported commodity in the country in the first quarter.

In the fourth quarter of 2021, the NBS disclosed that jet fuel import was the sixth most imported commodity, accounting for 1.27 per cent of the period’s total import figure of N5.94 trillion.

In the first quarter of 2021, there was no mention of jet fuel import in the foreign trade statistics of the NBS, despite the country recording total imports of N6.85 trillion for the period.

Furthermore, the NBS reported that the most notable import item in the period was Premium Motor Spirit (PMS), also known as petrol, which gulped N1.67 trillion of Nigeria’s import bill.

The first quarter 2022, fuel import figure, according to the NBS, represented an increase of 15.97 per cent and 142.73 per cent when compared to N1.44 trillion and N687.74 billion spent on the import of the same commodity in the fourth quarter of 2021 and first quarter of 2021, respectively.

“In terms of Imports, in the first quarter of 2022, China, The Netherlands, Belgium, India and the United States were the top five countries of origin of imports to Nigeria. The values of imports from the top five countries amounted to N3.44 trillion representing a share of 58.34 per cent of the total value of imports. The commodity groups with the largest values among the top imported products were ‘Motor Spirit ordinary’ – N1.507 trillion), ‘Kerosene type jet fuel’ – N292.56 billion, and ‘Durum wheat (not in seeds)’ – N258.31 billion.”