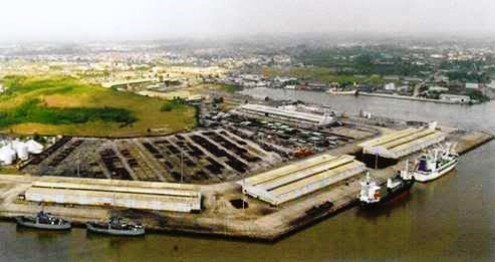 *Escravos Bar of the Warri-Port.

17 April 2018, Sweetcrude, Port Harcourt — The Ijaw Youth Council, IYC Worldwide, has called on the Federal Government to award the N13 billion contracts for the dredging of the Warri-Escravos seaport to competent contractors.

This comes as the Minister of Transportation, Mr. Chibuike Ameachi, had last week announced that the Federal Executive Council presided by Vice President Yemi Osinbajo, has approved the dredging and replacement of dilapidated navigational aids in Warri port with the sum of N13 billion.

Speaking, the President of IYC, Mr. Eric Omare, commended the Federal Government over the approval of the sum of N13 billion for dredging of the Warri-Escravos seaport.

Omare recalled that IYC has been on the forefront urging the federal government to make the eastern ports operational and to decongest the Lagos ports.

While commending the government for the gesture, he appealed that the contract should not be politicised but awarded to competent contractors with the capacity to deliver on the job.

According to him, “we commend the Federal Government for releasing funds for the dredging of Warri-Ecravos seaports.

“But our addition is that they should not play politics with it. They should give the contract to competent contractors who can do the job.

“Yes, it is one thing to release funds and it is another thing for the contracts to be given to competent contractors who have the capacity to deliver on the job within a set period,” Omare said.