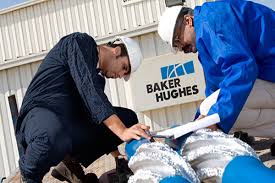 Oslo — Oilfield services firm Baker Hughes is teaming up with Norway’s Horisont Energi to explore the possibility of storing more than 100 million tonnes of carbon under the Barents Sea in the Arctic, the companies said on Tuesday.

Carbon capture and storage (CCS) has been cited by governments, energy companies and industry for decades as central to plans to reduce emissions and move to a lower-carbon environment, but development has been slow and there are few commercial projects undertaken around the world.

Baker Hughes and Horisont Energi will cooperate to develop carbon abatement technologies – which allow fossil fuels to be used with substantially reduced CO2 emissions – and to lower the cost and delivery time of carbon capture, transport and storage (CCTS), they said, after signing a memorandum of understanding.

Cooperation will centre on the Polaris carbon storage project off the coast of northern Norway, which aims to store more than 100 million tonnes of CO2, or twice the Nordic country’s annual greenhouse gas emissions. It is still at a concept phase, but the partners aim to start construction in the second half of 2022.

Polaris aims to have the lowest carbon storage cost globally, paving the way for profitable CCTS facilities that are not reliant on government support schemes, the companies said.

Polaris is not the only large-scale carbon storage project in Norway. A consortium of oil and gas firms Equinor, Shell and Total are developing carbon transport and storage under the Northern Lights project off Norway’s west coast.