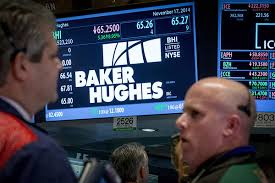 “In 2023, the global economy is expected to experience some challenges under the weight of inflationary pressures and tightening monetary conditions,” Chief Executive Officer Lorenzo Simonelli said in a statement.

Growth in its oilfield services and equipment business is trending higher in international markets as North America has leveled off, Simonelli said on Monday. It anticipates double-digit spending growth globally, with increases in North America driven by cost inflation.

Adjusted net income stood at $381 million, or 38 cents per share, for the three months ended Dec. 31, compared with an average analyst estimate of 40 cents per share, according to Refinitiv data.

Baker Hughes restructured its business last year into two segments, one focused on oilfield equipment and services and another on industrial and energy technology. It reported $682 million in restructuring and impairment charges for 2022.

Sales in its Oilfield Services & Equipment business were up 12% year over year to $3.6 billion, while revenue in its Industrial & Energy Technology group rose 1% from the prior year to $2.3 billion.

Total company fourth-quarter revenues of $5.9 billion also missed Wall Street estimates of $6.1 billion, according to Refinitiv data. It expects revenues of between $5.3 billion to $5.7 billion for the current quarter, and full-year revenues of $24 billion to $26 billion.

Analysts were upbeat on the firm’s adjusted EBITDA of $947 million, which beat forecasts of around $925 million.

Reporting by Arunima Kumar in Bengaluru and Liz Hampton in Denver; Editing by Mark Porter and Marguerita Choy – Reuters