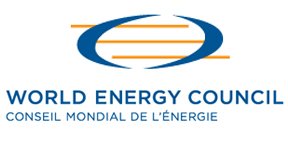 10 October 2018, Sweetcrude, Lagos — Strong and coherent energy policies that successfully integrate the three dimensions of sustainability, equity, and security of supply which constitute the Energy Trilemma are not just the preserve of rich countries, a report by the World Energy Council, WEC has disclosed.

The report which was launched today at the World Energy Week taking place in Milan disclosed that strong and coherent energy policies can also drive positive performance of emerging and developing economies.

Although the top ten countries within the global Energy Trilemma Index in 2018 remains relatively stable, there are changes that buck the usual trend associated with national GDP with countries such as Slovenia entering the top ten at number six. Several nations show significant improvement and demonstrate that a balanced energy system is not a luxury, but a product of smart integrated approaches to the energy transition.

Taking a long-term view as energy systems transition, countries such as Nepal, Kenya, and Bangladesh with more vulnerable economies, have significantly improved their Trilemma scores for Energy Equity while pursuing the UN Sustainable Development Goal 7 agenda to improve energy access. The three nations have developed different policy pathways tailored to their national circumstances to improve significantly their citizens access to energy, varying from micro-grids, to micro-hydro systems, with a focus on rural access.

The World Energy Trilemma 2018 published by the World Energy Council in partnership with global consultancy Oliver Wyman, a subsidiary of Marsh & McLennan Companies, shows eight nations achieving an AAA grade balance. Sweden, Switzerland and Denmark all retain their position at the top.

Philip Lowe, Chair of the World Energy Trilemma study group, said: “Developing and maintaining a robust, secure and equitable energy system requires a careful balance. This is more challenging in the context of a rapid transition to decentralised, decarbonised and digital systems where policymakers need to build capacity in each of the Trilemma dimensions. The 2018 World Energy Trilemma global ranking finds that many countries are balancing Energy Security, Equity and Environmental Sustainability, successfully while also highlighting where there could be scope to improve.”

Francois Austin, a Partner and Global Head of Energy at Oliver Wyman, said: “The World Energy Trilemma Index demonstrates that all countries, despite their economic stature, can aim to have a balanced energy system. Energy security and equity, and environmental sustainability can not only grow economies but can also transform societies. Yet the complexity of issues facing the globalised energy industry is impossible for countries to tackle in isolation. Navigating through evolving policy and regulatory frameworks across states, along with innovating in the field of power generation, is key to achieving progress and maintaining balance.”

The Council will be evolving the Trilemma methodology to incorporate more longitudinal changes and trends for 2019.