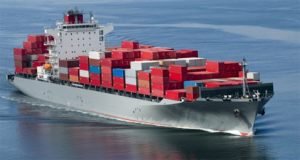 News wire — The Baltic Exchange’s main sea freight index fell for a fourth straight session on Friday, driving it to its worst weekly loss in six months on abundant availability of ships in the Atlantic region.

* The index has still more than tripled since February, mainly driven by strong demand for vessels that ship iron ore from Brazil into China.