on: September 04, 2022In: Community Development, featured

Port Harcourt — The people of Peremabiri community in Bayelsa State, have berated the Shell Petroleum Development Company of Nigeria Limited, over what they described as insensitivity and poor response of the company to oil spills.

The community explained that oil spills from Shell’s facility which rocked the community two weeks ago was yet to abate as the facility has not been clamped or attended to, up till this moment. 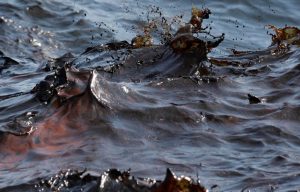 The Chairman, Peremabiri Community Development Committee, Mr. Return Koma, said the continuous discharge of crude into the environment has polluted the Nun River, swamps and farmlands causing untold hardship to the predominantly fishing and farming community.

Koma called on the Bayelsa State government and the National Oil Spills Detection and Response Agency to rise up to the occasion and halt the leak.

He also called on the Bayelsa State Ministry of Mineral Resources, Ministry of Environment, as well as environment rights groups, particularly the Environmental Rights Action, to intervene.

The community noted that the leak had polluted the entire Diebu Creek area and urged the relevant authorities to compel SPDC to ensure a stoppage of the spill and ensure a comprehensive cleanup of the affected areas.

“Peremabiri community is currently bleeding profusely with oil spills as the whole river, swamps, ponds, farmlands and the general environment of the community had been devastated by the spillage.”

The community said Shell was yet to take any step to mitigate the adverse impact of the oil and gas leakages polluting the areas.

The community claimed that SPDC had been foot-dragging to commence a visit to the impacted area, and rather remained silent on the lingering oil spillage incident.

They urged remediation of the spill site while advocating for the immediate constitution of a Joint Investigation Visit team to ascertain the remote causes of the incident.

Koma who urged residents in the various fishing and farming settlements along the spill site to relocate to safer locations in view of the health implications, called for relief materials from the government, SPDC and comprehensive health care arrangement for the affected people.

Meanwhile, the management of the Shell Petroleum Development Company of Nigeria Limited has confirmed the spill,

A spokesperson for SPDC, Mr. Michael Adande, said although the company has not injected crude into the Trans Niger Pipeline since June 2022, the company was working with regulators and the host community to investigate the spill.

“We are working with regulators and local community to investigate the reported incident.

“The Diebu Creek stopped injection into the Trans Niger Pipeline (TNP) in mid-June 2022 owing to constant breaches of the TNP by crude oil thieves.

“The TNP is currently undergoing tests with water main flushing.”