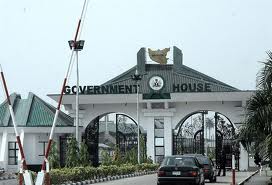 21 August 2012, Sweetcrude, YENAGOA – THE Bayelsa State government and the Samsung Heavy Industries of Korea are discussing plans to establish a fabrication yard in Bayelsa State, to take advantage of potential liquefied natural gas, LNG, and off-shore businesses in Nigeria.

Samsung had earlier in April this year sponsored a pilot team of 20 youths from Niger Delta to their world-class fabrication yard in Geoje, Korea, for training in several areas of welding, cutting, sandblasting and painting, and upon graduation, certificates of completion, and excellence, were issued to the participants.

A second stage in the plan between Bayelsa government and Samsung will involve the construction of a world-class mega fabrication yard for LNG carriers.

In addition, the yard will be capable of fabricating large off-shore structures and offer employment to the trained youths.

It is believed that at full capacity, this facility will employ approximately 10,000 indigenes and also stimulate other secondary and tertiary businesses in the state.