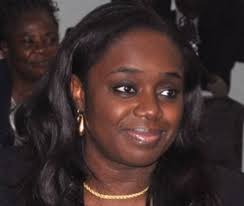 BGL Group had been suspended from capital market operations since May 2015 following complaints valued over N10 billion. However, SEC said it had received 10  new complaints, with total monetary value of over N2.9 billion against BGL Group and its sponsored individuals.

“The investors have alleged several violations of the Investments and Securities Act 2007, SEC Rules and Regulations as well as the Code of Conduct for Capital Market Operators including, amongst others: Performance of a capital market function without due registration, promoting and marketing products not registered by the Commission, failure/refusal to resolve clients’ complaints, failure to file statutory returns and furnishing the Commission with false and misleading information,” SEC said.

Consequently, the Commission has invited them to APC slated for Wednesday February 3, 2016.

“The respondents have been duly notified of their invitation to appear before the SEC APC and have been asked to file their defense ahead of the hearing. The hearings are slated to hold on Wednesday  February 3, 2016 during which the respondents would be given fair-hearing on each of the allegations,” the commission said.

SEC’s decision to suspend BGL was taken after its Executive Management Committee meeting held on May 19, 2015, where it considered  the report of a detailed investigation into the various complaints received from investors against subsidiaries of BGL Group.

The commission noted that “all suspicious transactions observed in the course of the investigation have been referred to the appropriate law enforcement agencies for further investigation; and BGL Asset Management Limited, BGL Capital Limited and BGL Securities Limited and all individuals involved in the management of the said companies have been referred to the SEC Administrative Proceedings Committee (APC), which will give all parties to the cases a fair hearing.”