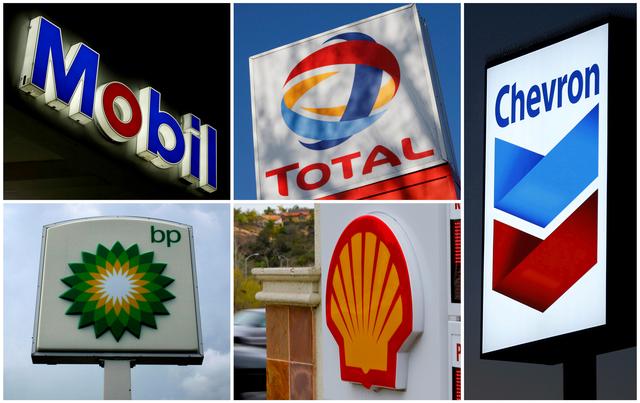 London — Royal Dutch Shell RDSa.L and BP BP.L have lost over half of their market value so far this year, with both shares hitting 25-year lows this week, battered by weak oil prices and investor concerns over their plans to shift to low-carbon energy.

Exxon Mobil, the largest U.S. oil company, which is set to report its third straight quarterly loss at the end of this month, has seen its shares dive 52% since the start of the year.

Oil companies are squeezed by a steep drop in oil prices due to the COVID-19 pandemic combined with growing investor pressure to align their businesses with the 2015 Paris agreement to limit global warming.

BP CEO Bernard Looney, reacting in a LinkedIn post to the drop in BP shares this week, said that there is “a very significant need to change bp.”

“I think – if anything – the share price performance of the sector is a robust case for change in itself,” Looney wrote.

“The majors are struggling to convince any investor at the moment,” said Jason Kenney, analyst at Santander, who has a “buy” rating on all European oil majors.

“There is a phenomenal give-up on the valuation of these companies… it is astonishing.”

Investors are fleeing the sector because of uncertainty over the global economic recovery in the near term and doubts about the profitability of companies’ transition plans in the longer term, Kenney said.

“With the COVID-19 backdrop and the uncertain economic outlook, it is challenging to be confident,” Kenney said.