Lagos — There are indications that the road construction sub-sector industry of the Nigerian economy could be experiencing a boom as Bitumen, a major raw material for construction of road, recorded a total of 4 million metric tons of imported commodity into the country.

Statistical data from the Shipping Position of the Nigerian Ports Authority, NPA, showed that Bulk wheat that has been topping the chart since the beginning of the year took second position with 162,000 metric tons of import as against 146,000 metric tons recorded against petroleum products for the month under review, while frozen fish recorded a total of 22, 745 metric tons

Surprisingly, the nation’s premier port which is known for bulk cargoes and grains, frozen fish and other cargoes recorded a total of 130 units assorted brands of vehicles whose delivery were processed through the Apapa port.

Other items that made the list are Bulk Gypsum with 48,920 metric tons, Bulk malt with 4,500 metric tons and a number of Fully Loaded Containers, FLC, carrying vessels waiting at the anchorage to get berthing space.

Recall that in the first two months of this year, wheat led the chart until now. 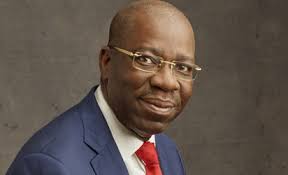