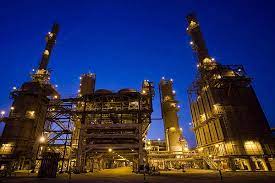 Tokyo — Japan’s major oil refiners have recovered from last year’s steep losses with all reporting a profit for the April-June quarter, but they continue to face headwinds as COVID-19 cases spiral to record highs in the country’s fifth wave of the pandemic.

Eneos, Japan’s biggest refiner that accounts for about half of Japan’s fuel market, on Friday reported profit of 98 billion yen ($888 million) for the first fiscal quarter, versus a 5 billion yen loss a year earlier. Sales rose 44% but were 12% below the same quarter in 2019 before the pandemic.

“The impact of the spike in new coronavirus variant infections is uncertain and there is a risk that the recovery in fuel demand will be delayed,” Eneos Senior Vice President Soichiro Tanaka told reporters.

Idemitsu Kosan reported last week a net income of 88 billion yen versus a year-earlier loss of about the same amount, but warned future profits may be strained as the pandemic clouds the outlook at home and overseas.

Japan’s top health adviser has requested for stricter COVID-19 curbs to control the contagion, which he said should be treated as a natural disaster, while the International Energy Agency (IEA) has flagged a hit to global oil demand due to the spread of the more infectious Delta variant of the virus.

Japan’s refiners, which have been cutting capacity as long-term fuel demand wanes with the country’s declining population, were hit hard last year when the pandemic briefly led to negative oil prices.

Their sales have not yet recovered to pre-pandemic levels and, in the quarter just ended, were as much as a fifth below that of the same period in 2019.

Sales for Cosmo Energy, which swung to a 28 billion yen quarterly profit, rose 20% from a year earlier but were still down 22% from the same period in 2019.

The IEA said on Thursday the rising demand for oil abruptly reversed course in July this year and was set for a slower recovery through the end of 2021.

“Growth for the second half of 2021 has been downgraded more sharply, as new COVID-19 restrictions imposed in several major oil consuming countries, particularly in Asia, look set to reduce mobility and oil use,” it said.