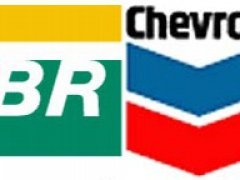 In a securities filing, Petrobras, as the firm is commonly known, said it started the teaser phase for the sale of its 62.5% stake in Papa-Terra.

In a separate statement later on Monday, Chevron said it was also selling its 32.5% minority stake in the legacy field alongside Petrobras.

“This initiative supports the company’s ongoing efforts to manage its global portfolio,” Chevron said. “Chevron remains committed to growing its presence in Brazil through the pre-salt blocks acquired in the 2018 and 2019 bid rounds.”

According to the Petrobras statement, Papa-Terra produced 17,300 barrels of oil equivalent per day in 2019. The asset is widely seen as having a complex geology, though Petrobras said it will be offered on attractive financial terms.