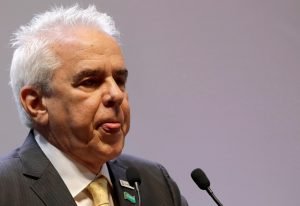 Sao Paulo — A major refinery owned by Brazilian state-run oil firm Petrobras was already undergoing a scheduled stoppage when a fire broke out over the weekend, the company told Reuters on Monday, likely limiting the effects on production.

Petroleo Brasileiro SA, as the firm is formally known, did not respond to a request for comment on whether the fire could extend the stoppage, which began on Thursday, according to the local union.

On Sunday, a fire broke out at Petrobras’ Revap refinery, located in the state of Sao Paulo. The facility has a processing capacity of 252,000 barrels per day, or about 14% of Brazil’s total refining capacity.

Nobody was hurt in the incident, and the fire is contained, the company said on Monday. The company did not respond to additional questions on potential, long-term output losses.

Petrobras is currently selling eight refineries in a process that is expected to raise several billion dollars for the company, though Revap is not among the refineries being sold.

According to Rafael Prado, the head of the local union, there was a leak from a tank at Revap on Friday, and teams are investigating whether there was a relation between the leak and the fire.