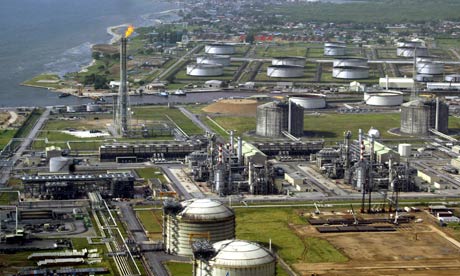 According to a statement in Abuja, Group General Manager, Corporate Planning, and Strategy, Mr. Bala Wunti, made this submission during a presentation to the House of Representatives Joint Committee on 2018-2020 Medium Term Expenditure Framework, MTEF, and Fiscal Strategy Paper, FSP, at the National Assembly Complex in Abuja.

He added that the 2018 price projection on the long-term price assumption was based on price scenarios of $35 (low), $45 (medium) and $55 (high), stressing that most price forecasting agencies thought that the medium price scenario had the highest probability of occurrence which the 2018 budget was hinged upon.

“Consequently, a conservative price projection of $45 per barrel was used as a benchmark for the crude price for 2018 budget,” Wunti stated.

Speaking on the 2017 performance of crude oil production from January to October, Wunti averred that the average performance stood at 1,885,000 barrels per day which is equivalent to about 86 percent of the budgeted 2.2 million barrels per day.

Wunti noted that the average crude oil price performance between January and October 2017 was $52.49 barrels per day, an equivalent of 18 percent over the performance of budget price benchmark of $44.50 barrels per day.
The Chief Strategist of the NNPC said the 18 percent above budget benchmark was due to stability in the crude oil market and various geopolitical dynamics around the world.

He observed that the outlook was reassuring given the positive global economic growth and the improved compliance with the Organization of the Petroleum Exporting Countries’ (OPEC) production cut, adding that the incident of oversupply remains an issue.