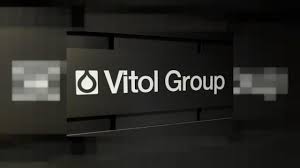 The deal could be a step towards improving liquidity and guarantee supply of refined products to Cameroon, which like other countries in the region, has faced shortages due to the Ukraine crisis.

Cameroon’s problems have been compounded by its heavily indebted and inactive 42,000-barrel-per-day-capacity refinery, which has been offline since May 2019 after a storage tank exploded, sparking a fire and bringing down four production units.

The deal signed on Thursday will restructure and reschedule payment of SONARA’s debt towards Vitol, its biggest creditor and lead supplier of crude oil and refined products.

SONARA’s two debts to Vitol stand at around $279 million. Under the agreement, SONARA will repay the debt over a 10-year period at an interest rate of 5.5%, according to the deal document seen by Reuters.

Cameroon’s finance minister, Louis Paul Motaze, said during the signing ceremony that the arrangement will help ease the company from distress.

“The insolvency of SONARA posed a risk to the country’s supply of petroleum products, as well as a threat of breakdown of the national banking system with regards to the volume of commitments at stake,” Motaze said.

The deal is the first phase of SONARA’s debt repayment towards creditors. Similar conventions will be signed with other oil traders, Motaze said.

Pierre Barbe, Vitol’s director for Africa, said the deal was welcomed by the financial community.

“The putting in place of a repayment mechanism is well perceived by us and the financial community. This will contribute much to the confidence among foreign investors,” Barbe said after the signing of the agreement.

The Cameroon government said last week it will launch a tender soon in search of partners to build a new refinery that will include a new hydrocracking unit. ($1 = 666.9600 Central African CFA franc BEAC)