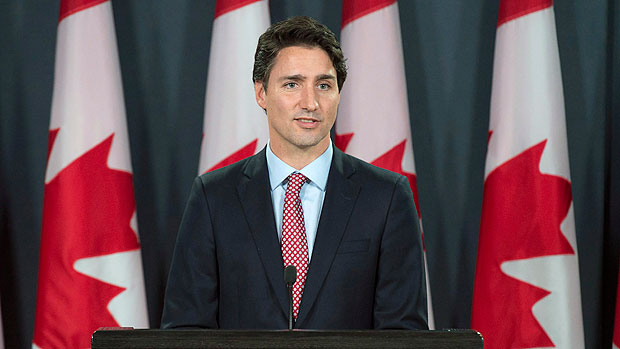 Suncor Energy, the second-largest Canadian crude producer, says it remains focused on cutting emissions by 2030, not 2025 as the Canadian government will require.

Trudeau’s advanced timetable for cuts to the oil sector’s total emissions by 2025, announced last month here, comes as the oil sector has focused on longer-term targets, and on reducing emissions on a per-barrel basis.

“That is light speed for an oil sands company. That’s tomorrow,” said Kevin Birn, chief analyst of Canadian oil markets at consultancy IHS Markit, of Trudeau’s demand. “They’re a very hard ship to turn because they have so much emissions.”

Previously, Ottawa had a target of cutting national emissions by at least 40% by 2030, but it did not single out the oil sector. Canada’s crude industry generates some of the highest emissions per barrel worldwide.

Suncor is the only big producer that has laid out a plan – in May – to cut total emissions by 2030, depending heavily on carbon capture, greener power sources and energy efficiency.

But Trudeau’s 2025 demand came as a surprise.

“We had obviously been having conversations with the feds long before the budget came out last spring, long before the (election) campaign,” Hall Findlay said. “None of those discussions have mentioned 2025. At Suncor, we’re laser-focused on 2030.”

Canadian Natural Resources Ltd and Cenovus Energy, have been planning for months to unveil their emissions targets by year-end.

Cenovus intends to cut emissions on an absolute and per-barrel basis, said spokesman Reg Curren, but he would not say if cuts would occur by 2025.

Canadian Natural is working on “mid-term” targets connected to the Pathways carbon capture project with its peers, said spokesperson Julie Woo. She would not say if they would address Trudeau’s 2025 requirement.

Governments and business would need to spend C$60 billion annually to cut Canada’s emissions by 75% in the next 30 years, RBC Economics said.

Canadian producers are expected to report big quarterly profits in coming weeks as oil and gas prices have soared. The companies have prioritized repaying debt and returning cash to investors, but Trudeau wants producers to spend some profits on curbing emissions.

He plans to unveil his new cabinet on Tuesday, just ahead of the United Nations’ Climate Change Conference in Glasgow, Scotland.

Ottawa wants to ensure there are ambitious emission reductions from the oil and gas sector, making a meaningful contribution to Canada’s climate goals, said Joanna Sivasankaran, spokesperson for the Canadian environment department.

Trudeau’s 2025 goal is “ambitious for sure” and it would be more realistic to expect the sector to cut emissions sharply by a decade later, said Steve MacDonald, CEO of Emissions Reduction Alberta, an arms-length corporation funded by the provincial government.

‘EASIER THAN ANYONE THINKS’

Some small conventional oil producers are already showing deep emissions cuts are possible, however, using methods that big producers Canadian Natural and Cenovus could widely apply. Both companies produce crude in the oil sands and by conventional methods.

Yangarra Resources, which produces 10,000 barrels of oil equivalent per day, says it will cut total emissions by 47%, or 50,000 tonnes of carbon dioxide equivalent, by the end of 2022. Its plans involve powering 80 pumpjacks with electricity from the Alberta grid, instead of burning natural gas, and replacing older instruments that emit high amounts of methane.

“Cutting carbon in the oil patch is going to be a whole lot easier than anyone thinks,” said Yangarra CEO Jim Evaskevich. “All of the changes we are implementing make incredible economic sense.”

The moves are likely to generate substantial credits next year that Yangarra can sell to bigger emitters, although the monetary value has not yet been determined, Evaskevich said.

“They’re big, large operations, and they can’t pivot quite as quickly,” MacDonald said. “But that doesn’t mean they aren’t moving forward in the same areas.”

Emissions reductions are difficult for oil sands operations because of the energy they require, while conventional methane emissions are easier to tackle, said Keith Stewart, senior energy strategist at Greenpeace Canada.