Why we cancelled the $5bn debt recovery contract – House Committee 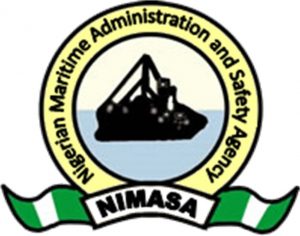 07 October 2017, Sweetcrude, Lagos —THE House of Representative Committee on Maritime Safety Education and Administration last week said it has cancelled the $5 billion debt recovery contract awarded by the Nigerian Maritime Administration and Safety Agency, NIMASA, saying that due process was not followed.

Speaking to Sweetcrudereports on the sideline of the recently concluded Stakeholders interactive Forum, organised by the Nigerian Maritime Administration and Safety Agency, NIMASA, Chairman of the Committee, Mohammed Umar Bago disclosed that when the anomaly was brought to the notice of the Committee, it swung into action decided to cancel the contract.

He also accused the Bureau of Public Procurement of issuing a Certificate of no objection for a company that was registered a month after it was awarded the debt recovery contract.

He said “Last year the Committee of the House discovered the anomaly in the award of the contract as due process was not really followed and a whistleblower brought to our attention, we investigated that issue and we asked that the contract should be stopped. As it were, it has been cancelled.

“First and foremost BPP did not do their job as they issued a certificate of no objection, for them to do selective tendering which was wrong.

The contract sum was about $5billion.

“And you cannot just give your friend that kind of job most especially when the firm was just registered and less than a month after it was registered, the contract was awarded.

Bago also said that the Committee has directed NIMASA to its debt profile by its clients and stakeholders particularly the shipping firms operating in Nigeria.

Meanwhile, the National President of the National Council of Managing Directors of Licensed Customs Agents, NCMDLCA, Mr. Lucky Amiwero has called for the investigation of the Cabotage Vessel Financing Fund to ascertain the true position of the fund.

Responding to the development, Head of Public Affairs of the agency, Mr. Isichei Osambgi disclosed that he was not aware of the contract adding that he would not want to be drawn into any controversy.