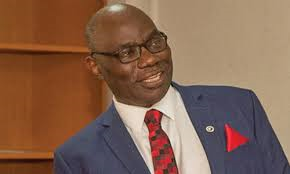 Lagos — The Nigerian Electricity Regulatory Commission, NERC, has urged customers who have been charged beyond the capped bill by electricity Distribution Companies or Discos to get in touch with it via writing as the Discos would be made to give a refund to such customers.

NERC’s Commissioner, Nathan Shatti. made the disclosure while fielding questions during a virtual session, tagged ‘NERC Live’, on Wednesday.

“If you have paid anything beyond the cap billing, send us an email. We will investigate and help you get a refund,” Shatti said.

However, customers living in neighbourhood without meters or those with faulty meters have consistently reported cases of exploitation from Discos who bill them indiscriminately for lack of functional meters.

Mr. Shatti added that in case of a new building, Discos have been instructed not to connect a new customer without first metering such building.
According to him, capping of estimated billing is still in force and should not be discarded even under the new tariff regime.

What you need to know about NERC’s Service Reflective Tariff

“An order was issued on capping in February. The capping order is still in force. Discos should take note,” he said.

On whether Discos could transfer landlords’ electricity bills to tenants, Shatti said such an outstanding bill does not hold water in the case of a new tenant.
“A landlord’s outstanding electricity bills cannot be enforced on a tenant. A judge recently ruled that the bills of a previous tenant cannot be enforced on a new customer. Send us details if you are in such situations”, he said.

According to information on its official website, the commission could be reached through the address, [email protected]