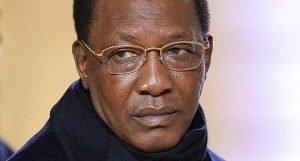 22 September 2018, News Wires — Chadian President Idriss Deby has sacked his finance minister and replaced him with another ministry official, a government decree showed, the third change to the post since December.

Mahamat Allali Abakar, who previously served as the ministry’s secretary of state, replaces Issa Mahamat Abdelmamout, who has held the job since May, according to a decree read on national television late on Thursday.

It gave no explanation for the decision.

Chad’s finance ministry plays a key role in overseeing more than $1 billion in oil-backed loans the country took out with Glencore and other lenders in 2014.

Falling oil prices made the debt load unmanageable and forced sharp cutbacks in public services. Chad and its lenders agreed in February to a restructuring that extends the loan and lowers the interest rate.

Chad produces about 130,000 barrels per day of crude with Exxon’s Doba consortium accounting for about half of that.