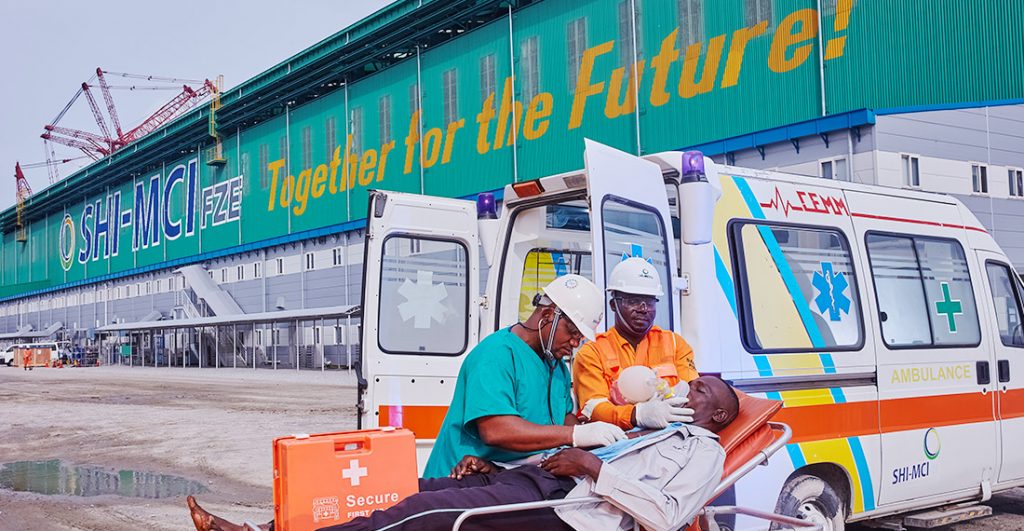 *An ambulance and medical personnel tending to a patient at the SHI MCI yard.

Lagos — Chaos was let loose at the Samsung Heavy Industries Nigeria operated fabrication Yard on Ladol Free Zone today when an altercation between two security personnel resulted in one of them being shot dead and a Korean expatriate staff sustaining bullet wounds.

SweetcrudeReports gathered from an eye witness that two personnel of the Nigeria Security and Civil Defence Corp had a disagreement which led to them, shooting at each other.

The Korean expatriate had tried unsuccessfully to settle the dispute but ended up sustaining bullet injuries.

However, Samsung Heavy Industries Nigeria insists that contrary to our report, the deceased was not involved in the dispute between the two members of the NSCDC, but was operating a crane within the yard at the time of the incident.

Efforts to contact Samsung personnel proved abortive at the time of filing this report but unconfirmed sources claim that the company personnel was in an emergency meeting to determine a public response.