Chevron invests $115m to reduce poverty in N/Delta through interventions 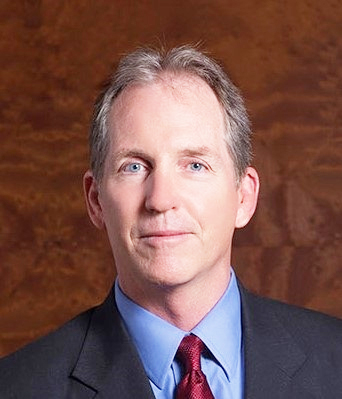 Port Harcourt — The Chairman and Managing Director, Chevron Nigeria and Mid-Africa Business Unit, Mr Rick Kennedy, says the company has invested about $115million to reduce poverty and conflicts in the Niger Delta region, through sustainable interventions.

Kennedy in his message to celebrate Nigeria’s 61st Independence Anniversary, said at the inception of NDPI and PIND in 2010, the company invested $50million and additional commitment of $65million, for the second and third phase, which would run through 2024.

“That explains why Chevron works with the communities, government, and other partners to support strategic social investments in health, education and economic development, and other focus areas such as the environment and sports development.

“Chevron launched the United States-based NDPI and its Nigerian counterpart, PIND in 2010 to develop and implement interventions aimed at sustainably reducing conflict and poverty in Nigeria’s Niger Delta region through multi-stakeholder partnerships.

“The Foundations were started with an initial $50million investment in 2010, with Chevron committing an additional $40million in funding to NDPI and PIND from 2014 through 2019, and a further $25million in 2020 for a third, five-year phase through 2024.

“Since its inception, PIND, which works across the Niger Delta States, has boosted local aquaculture, cassava, cocoa, poultry, and palm oil production by helping over 375,000 farmers and agro-allied SMEs to improve agricultural practices, and adopt innovative technologies to mitigate climate change.

“PIND’s business services led to additional income of over $154million and contributed to reducing conflicts within the region by building the capacity of over 10,000 peace actors on conflict mitigation and undertaking key interventions. The organisation has also influenced over $100million in additional investments by government, the private sector and donor agencies.”

Kennedy also stated that as part of the company’s efforts in environmental conservation, CNL built and donated the Lekki Conservation Centre to the Nigerian Conservation Foundation in 1992.

“The 78-hectare facility has become a center of excellence in environmental research and education, reserved as a sanctuary for the rich flora and fauna of the Lekki Peninsula, Lagos. CNL also sponsors the Junior Tennis tournament, the National Arts competition, and other activities by various organizations.

“CNL has been in Nigeria for close to 60 years, making significant investments and contributing to the socio-economic development of the country. CNL will continue to work with communities, government and other partners to support strategic social investments in the communities around its operations and elsewhere in Nigeria.

“We wish Nigeria and all Nigerians, a happy 61st independence anniversary.”