Chevron to focus on U.S downstream, upstream in 2019 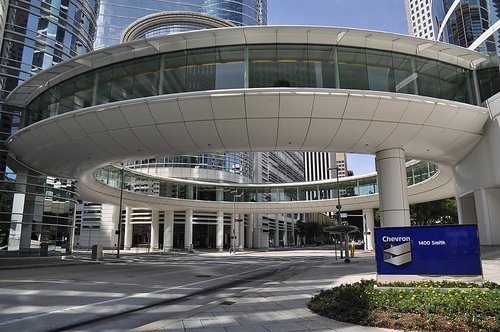 *Cuts down investment in international countries

15 December 2018, Houston — Oil major, Chevron has released its budget for 2019, where budgeted amounts showed it would spend more investing in the U.S growing shale industry while cutting down spending in other countries.

Its planned 2019 capital and exploratory expenditures showed that out of the total $17.3 billion budgeted to be spent on upstream activities, the firm would spend a chunk of $7.6 billion in the U.S upstream and just $9.7 billion in other international upstream.

Chevron is one of the largest integrated energy companies in the world, with operations in 180 countries. As a vertically integrated corporation, Chevron operates across the entire supply chain – from exploration and production to refining, marketing, and transportation of petroleum products.

It plans to spend just $2.5 billion in the downstream sector- $1.5 for the U.S alone, while other countries’ downstream would have to jostle for a meager $1 billion.

In the upstream business, Chevron forecasted approximately $10.4 billion to sustain and grow currently producing assets, including $3.6 billion for the Permian and $1.6 billion for other shale and tight investments.

Approximately $5.1 billion of the upstream program is planned for major capital projects underway, including $4.3 billion associated with the Future Growth Project at the Tengiz field in Kazakhstan.

Global exploration funding is expected to be about $1.3 billion.

It said the remaining upstream spend will be for early-stage projects supporting potential future developments.

Approximately $2.5 billion of planned capital spending is associated with the company’s downstream businesses that refine, market, and transport fuels, and manufacture and distribute lubricants, additives, and petrochemicals, according to the budget.

“Our 2019 budget supports a robust portfolio of upstream and downstream investments, highlighted by our world-class Permian Basin position, additional shale and tight development in other basins and our major capital project at TCO in Kazakhstan,” said Chairman and CEO Michael K. Wirth. “Our investments are anchored in high-return short-cycle projects, with more than two-thirds of spend projected to realize cash flow within two years.”

The U.S shale industry has grown to become one of the largest in recent times.

Due to the shale boom, the United States now plans to construct three new oil pipelines in 2019- to be completed between August and December.

When completed, this would bring the number of pipelines added by the U.S to four in the space of two years.

In November, the Energy Information Administration, EIA said the U.S. crude oil output is expected to hit a record 7.94 million b/d in December.

By the end of 2019, total U.S. oil production, including natural gas liquids used in the petrochemical industry, is expected to rise to 17.4 million barrels a day, with output above 12 million bpd within the first half of 2019, according to EIA.

If the country’s production grows at the anticipated number, American net imports of petroleum will fall in December 2019 to 320,000 barrels a day, the lowest since 1949, calculations by Bloomberg showed.

This will make the U.S. a net oil exporter for the first time in nearly 75 years.

The U.S. shale companies are said to have drilled 114,000 oil wells in the Permian basin of West Texas and part of New Mexico in less than a decade, by which forecasts say many of them would turn a profit even with crude prices as low as $30 a barrel.

The U.S. has now joined Russia and Saudi Arabia as the highest crude oil producers in the world. And with the U.S already flooding the market, prices of crude oil will be expected to still slide backward.

While OPEC and Russia need higher oil prices, the U.S shale companies have been forced to cut costs and can survive and make profits even with oil at $30b/b.