Chevron urges communities in the Niger Delta to stick to GMoU 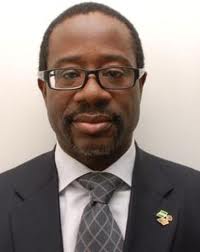 01 June 2012, Sweetcrude, PORT HARCOURT – CHEVRON has enjoined its host communities to adhere to the principles of GMOU, noting that it would enhance its success.

The General Manager, Policy, Government and Public Affairs, PGPA, Femi Odumabo who made the appeal during the third annual general meeting/renegotiated GMoU signing ceremony of the Idama Empowerment Development Association in Port Harcourt said the GMoU had become a choice mechanism of engagement by community development organizations across the country, adding that it had implemented numerous projects and programmes in these communities.

Continuing, he further enjoined communities to be active in the process towards making GMoUs a success.

“As we renew this GMoU today, let me reiterate that the NNPC/CNL JV will continue to count on the support of everyone here for the successful implementation of this agreement”.

He further lauded Idama community for the success so far recorded with the GMOU model in the area. According to him the Idama Empowerment Development Association had completed and commissioned various range of infrastructural projects, they include “internal concrete road network with interlocking pave stones, 1100mm concrete drainage channel and a water borehole project, renovation of five classroom blocks at Government Secondary school, Idama” etc.