Lagos — Citi has topped the latest mergers and acquisitions (M&A) league table of the top 10 financial advisers for the metals & mining sector based on deal value in the first three quarters (Q1-Q3) of 2019, according to GlobalData, a leading data and analytics company.

According to GlobalData, which tracks all M&A, private equity/venture capital and asset transaction activity around the world to compile the league tables, Goldman Sachs secured third position with three deals valued at US$31.5bn.

Ravi Tokala, Financial Deals Analyst at GlobalData, says: “Newmont Mining’s deal to acquire Barrick Gold and Goldcorp were instrumental in deciding the rankings in this sector, even though the acquisition of Barrick Gold could not materialize. Top 10 legal advisors and top 8 financial advisors were involved in either one of these transactions.” 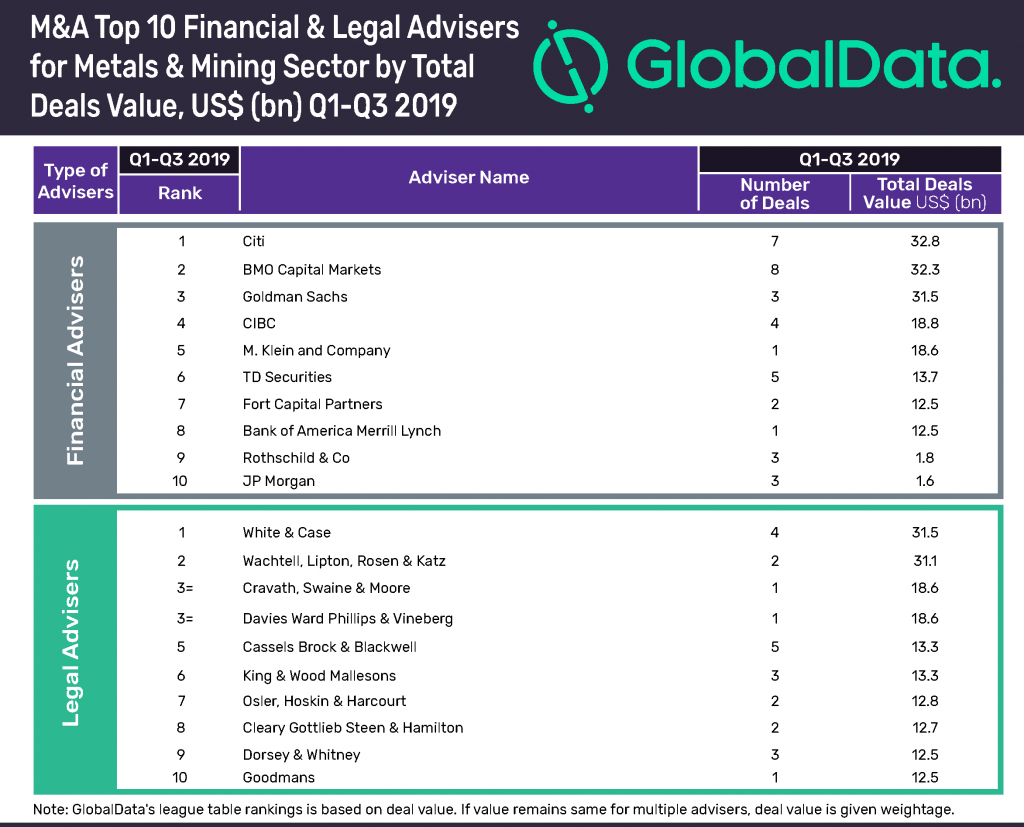