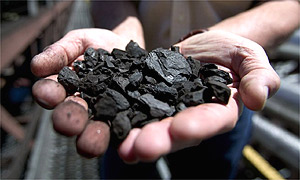 27 October 2012, Sweetcrude, ENUGU – A three-man team of researchers have, in Enugu, South-east Nigeria, strongly recommended coal-based power generation technology as the most viable and dependable option for the much-needed adequate electricity power generation and supply in Nigeria.

Messr A.J Ujam, C. Dioyoke and S. Idogwu, who are lecturers in the Mechanical and Production Engineering Department of the Enugu State University of Science and Technology, ESUT, made this recommendation at an Energy summit in Enugu.

In their paper at the seminar, titled ‘Analysis of Alternative Coal Power Generation Technology for Nigeria,’ the scholars, they cited electricity supply as “one of the essential elements of a developed country and a forerunner for attaining socio economic and technological development of every nation.,

They observed that electricity supply in Nigeria has remained epileptic and far much below demand, which had been forecast at 10 gigawatts, GW.

The researchers revealed that in 2007, for instance, per capita electricity consumption in Nigeria was 0.14 mwh, “an infinitesimal figure, when compared with South Africa and Egypt per capital electricity consumtion of 4.99 and 1.38 mwh respectively, in the same year.”

According to them, out of the over 150 million Nigerians, only 40% had access to electricity (with 10% of this being rural dwellers).

The chronic lack of sufficient generation capacity in Nigeria, they said, had hindered the development of the industrial and manufacturing sectors of the economy, pointing out that electricity generated in the country today range between 1.5 and 3 GW, as against actual need of at least 10 GW.

The researchers further said, findings had revealed so convincingly that Nigeria’s quest to become one of the world’s top 20 economies in the year 2020, “cannot be attained if she does not make significant investments in growth drivers, such as uninterrupted electricity supply”.

They noted that the solution to this could be found in coal-fired power generation, “a good base for power source, used both in advanced and developing nations, to meet their energy needs”.
The team disclosed that coal powers more than 40% of the world’s electricity, with the percentages much higher in countries like South Africa (93%), Poland (92%), China (79%), India (69%) and the United States (49%,).

In Nigeria, according to them, the senario is that the country is 93 percent dependance on oil and gas, which has failed to fill the energy demand/and supply gap, due largely, to such perenial factors as “frequent pipeline vandalism, kidnapping of oil workers and other uncertainties in the Niger Delta Region.

They hinted that “Nigeria has plently of coal deposits spread in about 15 states, with inferred reserves of 275 metric tonnes and proven reserves of 639 metric tonnes, that have remained largely unexploited.”.

This, the ESUT lecturers maintained, was a guarantee that coal would remain a major component of Nigeria’s power generation mix in the nearest future.

The paper summed up the over-riding gains in favour of coal as a major driver for power generation in Nigeria to include the need to diversify generation capacity and move away from the current trend of 93% for oil and gas, 7% hydro and nil for coal, nuclear and other renewable energy sources.

They listed other factors in favour of coal to include its widespread and abundant nature in Nigeria, the projected longevity of coal over oil and gas (according to the findings, coal will stay till 1,278 years from now, as against 180 years and 25-30 years life span of gas and crude oil, respectively); the relative ease of transportation of coal, with minimal risks or problems, to areas of demand; the cheapness and affordability of coal, even cheaper in Nigeria, due to availability of cheap labour and nearness of coal mines to areas of utility; the well known commercialised and conversion technologies in the use of coal to generate electricity and the security of its supply, unlike all the sorts of threats to oil and gas in the Niger Delta region.

While urging government to take urgent steps in reviving the coal industry “in view of the authentic research findings and the enduring, overriding gains listed”, the experts allayed fears of Nigerians over the adverse side effects of enviromental hazards associated with emissions of coal in the mining and combustion process.

The evolution of the Clean Coal Technologies, CCTs, now mitigates “all these emissions and the health hazards that would have been associated with coal production and use, they stated.