We’re committed to development of our host communities – Total 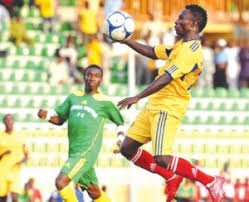 16 December 2017, Sweetcrude, Port Harcourt — Despite the fall in global oil prices and its adverse effect on oil companies, Total Exploration and Production Nigeria, TEPNG, has assured that it will not slacken its commitment to the development of its host communities.

The French multinational made this known during the closing ceremony of the 2017 OML58 Annual Football Tournament organised by the Nigerian National Petroleum Corporation NNPC and TEPNG in Ahoada, Rivers State.

The football competition which is the 15th edition for the 16 communities in the state including Obite, Rumuji, Ubeta, Egi, Erema, Elele etc, that play host to Total’s OML58 asset, was won by Erema community for the ninth time.

Speaking at the event, the Deputy Managing Director of Total, Port Harcourt District, Mr. Francois Le-Cocq, worried that the fall in oil price was affecting the company’s operation, but said it will not hamper the hosting of the annual competition in the area.

Le-Cocq explained that annual football competition was geared towards sustainable development and growth of local talents amongst youths in the company’s host communities.

According to him, “It is our resolve to continue to sustain the competition despite the troubled industry and falling oil prices.

“In order to complement this patronage, I implore all our youths to continue in this spirit of renewed peace even after the competition.

“The management of Total E&P Nigeria Limited have followed the progress of this year’s competition with keen interest especially in view of the numerous challenges at the commencement of the competition.”

The Deputy Managing Director, represented at the event by Total’s Manager, Community Services, Mr. Obara Okechukwu, explained that the gesture of the competition was borne out of the company’s effort to support genuine peace and reconciliation among youths in the area.

He added that the competition was one of its strategies to foster good relationship and engagement for the youths.

“The level of representation of the Management team of Total E&P Nigeria Limited in today’s grand finale underscores the importance which we attach to the competition.

“We are indeed impressed by the results so far from the field during the various stages of the tournament.

“The peace that pervaded and the fair play displayed throughout the competition are testimonials of the maturity and spirit of sportsmanship exhibited by all the teams and their supporters,” he said.