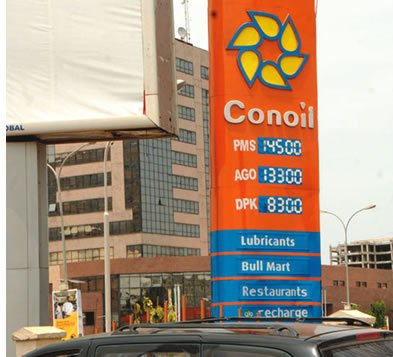 25 October 2017, Sweetcrude, Lagos — Three top executives of Con Oil have resigned their appointments from the company, SweetcrudeReports has learnt.

According to information at our disposal, the three who were the Managing Director, an Indian, Mr. Sanjay Mathur, Mr. Bamidele Ogunnaike Executive Director and Finance Director, and Mr. Abdulateef Ijaiya, the Financial Controller of the company, all resigned their appointments under “controversial circumstances”, according to our source who declined giving further details.

Consequently, Con Oil’s Board of Directors has replaced the vacant positions, with Mr. Pandey Ajay, an Indian as the Acting Managing Director of the company.

Akinyemi Ibrahim Akinlawon was also appointed as the Acting Director of Finance, while Mr. Edim Aikpo was appointed as Acting Financial Controller of the company.

According to our source, the appointments are still casual and is subject to further formal and final consent at the company’s upcoming Annual General Meeting.