Evergreen
Home featured Contract cancellation: We want an amicable of this imbroglio – Intels

Contract cancellation: We want an amicable of this imbroglio – Intels 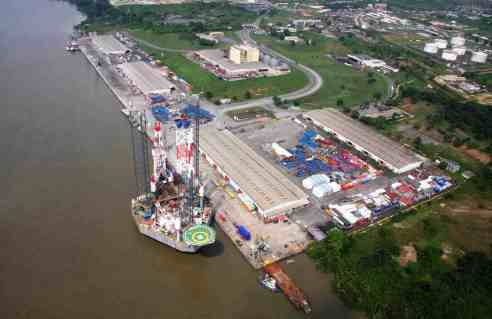 18 October 2017, Sweetcrude, Lagos — THE management of Intels Nigeria Limited yesterday said that it will find an amicable resolution of the outstanding issue with the Nigerian Ports Authority, NPA, rather than resort to litigation over the recently canceled vessel Pilotage service contract by NPA,

While giving an update on the matter, Mr. Mike Epelle, General Manager Legal, said that as a matter of policy, they would rather explore an amicable solution, stressing: “We don’t want to rush to court.”

On the TSA issue, Epelle said that Intels had not refused to pay fees into the Treasury Single Account, explaining that it did not want its commission to be paid into the account.

He further explained that Intels was ready to pay NPA’s dues from the collection of pilotage service into the TSA after its deduction would have been made, a suggestion NPA objected to insisting to have all collection paid and after reconciliation, Intels will receive its commission from the Port Authority.

He also pointed out that in the existing agreement, there clauses for dispute resolution adding that the NPA did not follow the mechanism before terminating the contract.

He said “We could pay into TSA but not the manner NPA wanted, we want to keep our commission and pay what is due to NPA.

“We told NPA to do TSA that is objective and applicable.”

He explained that before Intels got the contract, NPA was making a paltry sum of $6.5 million annually, after Intels took it over, it made over $200 million in its first year adding that in another year, it made $210 million.

“Before we took over the contract of pilotage services, the government of Nigeria was losing billions of Naira as a lot of ship owners evaded the payment of these dues and levies.

“The contract entitles us to monitor the movement of vessels that come and sail out of Nigeria, as vessels move in and out of the channels, they are expected to pay certain dues and levies.

“When NPA was doing it, they were not efficient and the government was losing money.”