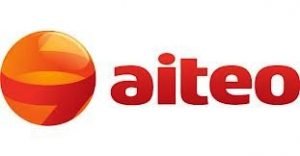 Yenagoa – Indigenous oil and gas exploration and producing company, Aiteo Eastern Exploration and Production Company Limited, has been sued to a Federal High Court in Lagos over N259.06 million debts.

Charlietam International Services Limited filed the action against Aiteo, asking the court to commence winding-up proceedings against the oil company for “its prolonged inability to pay a debt of N259,068,753.00 owed the company for various services rendered between December 2017 and March 2019”.

Reacting to the development, Aiteo spokesman, Mr. Matthew Ndiana, affirmed that Charlietam is Aiteo’s contractor, adding that his company is in touch with the contractor and that the matter is being settled.

The  petition, with Suit No: FHC/LA/CP/1818/19, was filed by Charlietam through its solicitors, Anthony Enyindah, Victor Okezie and Dr Dickson Omukoro of Ntephe Smith & Wills.

Charlietam is, specifically, praying the court to wind-up Aiteo on grounds of insolvency pursuant to sections 408 and 409(a) of the Company and Allied Matters Act.

In a six paragraph affidavit, Mr. Unye Sunday Micah, Managing Director of Charlietam International Services Limited, affirmed that between December 2017 and March 2019, his company rendered services valued at ₦265,068,753.00 and was only paid the sum of ₦6 million without payment advice, leaving an outstanding balance of N259,068,753.00.

The petitioner averred that several demand letters, including those from the petitioner’s solicitors, were sent to Aiteo’s Abuja and Lagos addresses, but the company refused or/ failed to respond to any of the letters.

The final demand letter, dated 28th August 2019, was sent by the petitioner pursuant to sections 408 and 409 (a) of the Companies and Allied Matters Act. In the said letter, the petitioners demanded to be paid the amount owed and informed Aiteo of an impending legal action.

The petition read in part: “More than twenty-one (21) days have since elapsed from the last demand without the Company making good the moneys owed as aforesaid”, asking “That the Court, under the provisions of the Companies and Allied Matters Act, 1990, winds-up Aiteo Eastern E & P Company Limited; and for such further or other orders as this Court may deem fit to make in the circumstances.”

The petitioner also alleged that “Aiteo is indebted to several of its local contractors, cumulatively to the tune of billions of naira and the said sums have remained unpaid despite repeated demands”.