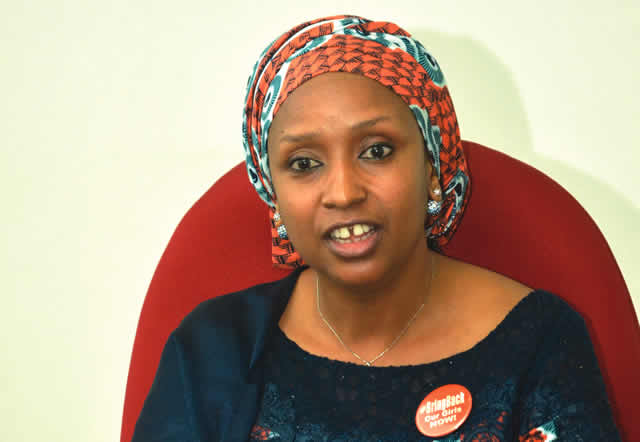 Lagos — In a bid to resolve some of the trade facilitation issues in the maritime industry, the Nigerian Shippers’ Council, NSC, has concluded plans to make the Port Service Support Portal, PSSP, to be more user friendly with a view to quickening disputes resolution as they arise. But key stakeholders are saying they are not aware of the existence of the portal.

Speaking at the just concluded round table session on Nigerian ports organised by the Maritime Anti-Corruption Network (MACN), key stakeholders in the Nigerian maritime industry including the Lagos Chamber of Commerce and Industry, LCCI, Nigerian Ports Authority, NPA, and the Nigerian Maritime Administration and Safety Agency, NIMASA, all expressed divergent views on the efficiency and applicability of the PSSP.

According to Mr. Soji Apampa, Chief Executive of the Integrity Organization Limited, a maritime focused non-governmental organization (NGO) which was part of the organizers of the round table session, the conflict resolution website is a mechanism built by the Federal Government in 2016 to resolve grievances, conflicts and infractions of both the private and public players at the sea port.

Underscoring the usefulness of the PSSP as effective resolution mechanism, the Deputy Director, Complaints Unit of the NSC, Mr. Moses Fadipe, acknowledged that the portal has been running since it was declared opened by the Vice President, Professor Yemi Osinbajo, on June 23, 2016.

He disclosed that about 400 different infractions at the ports have been resolved since the PSSP.

He explained that PSSP is an online-real-time-complaints-resolution platform for all players at the port, adding that it is a one-stop-shop for all complaints in the industry.

He stated: “The data generated from the portal can be used by the government for policy formulation and feedback mechanism for activities and operations at the ports.

“It also goes further to tell us, in the grievance resolution mechanism in the industry, who does what and the highest infraction agency in the industry and it will help to know the highest occurrences within the ports industry which will be aggregated and report generated for the industry.”

Citing an infraction that has just been resolved, he said: “In the last 72 hours, we have just recorded some successes where a vessel that has not belt has some challenges with the officials of the government who are statutorily empowered to board the ship. While it was taking too long the Captain of the vessel quickly registered it on the portal and our team responded to the Captain and those officials have taken care of the complaints.

According to him, NSC, in a bid to popularize the existence of the portal in 2018 took the awareness campaign to Onne, Apapa and Warri ports, adding that stakeholders and MDAs who are signatories to the establishment of the portal should get involved in the advocacy campaign for service delivery at the ports.

The Chairman of LCCI, Mr, Babatunde Ruwase, however, expressed surprise at the existence of the grievance resolution software even as he expressed doubt on the re-course to grievance resolution website by stakeholders at the ports due to the fact that in most cases people have not been treated fairly or have not gotten the desired attention at the ports because they were not aware of the existence of the portal.

His words: “For instance, the LCCI is the oldest chamber in the country with the largest membership and every day I have problems of obstruction of movement of goods from the port escalated to my desk.

“Currently, we have one now that we are taking up with the Nigeria Customs Service and Nigerian Shippers Council because I never knew that something like this exist. Somebody who has his consignment at the port and there is a difference in the classifications. For example, an item that is being brought even before now for many years, Customs felt it should fall under a particular classification but this importer felt it should not be because that was the norm from years back even from the same Nigeria Customs Service. They asked for a sample. Now, the sample has been given to them since August but up till now, there has been no resolution. We were asked last week by Customs to go and put a bond in place and the consignments are lying there.”

Speaking further, he stated: “I don’t know this sort of thing that we are talking of as it would have been a tool that we can use to tackle teething problems at the port. It may be a tool by NSC that can work but certainly we all agreed that this system is not working.’’
According to him, ‘‘if it was working, a lot of problems and complaints that we have at Apapa port would not have remained unresolved as you cannot light a candle and put it under the table. Nobody will know.”

He enjoined NSC, NPA, NIMASA, NCS and other federal government agencies to do more work because people will be very happy to know that you can lodge complaints through a portal and resolution is provided within hours.

“I want to emphasize that we should have transparency in our system. We should be able to check things and know like using reference numbers to know how complaints are being attended to and with time-line on cases resolved and unresolved.

‘‘If we can have such a transparent system, it will help us a lot. This is because, like I was telling you, if I clear my consignment at the port and just a kilometer away, we have another federal agency (Customs) stopping my container and taking it to Ikeja, one would have expected that unless I have stolen the container or taken it out, a lot of people ought to be punished because there would be a lot of officers that were involved in clearing that same container. Nothing is done to that person but then my container is seized for whatever reason and it is detained there. We need to look at this good product that we have and not making use of”, Ruwase added.