13 March 2015, Abuja – The Republic of Cote D’ Ivoire has signaled its intention to procure natural gas supplies from Nigeria in support of its growing power needs. 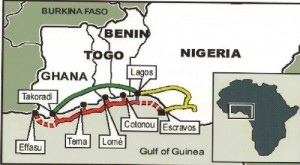 This is contained in a statement issued on Thursday by the Group General Manager, Group Public Affairs Department, NNPC.

It said the request came as Nigeria’s move to seek broader frontiers for its Liquefied Natural Gas away from the traditional Asian-pacific hub received a sub-regional.

It said the package, which was the first of its kind in the West African sub-region, would see Nigeria commit a small chunk of its daily LNG output to its sub-regional neighbours.

It said the output stood at over three billion cubic feet of gas per day.

It said the delegation from the Ivorien Ministry of Energy to the NNPC Towers, Abuja, was led by Kone Moussa, a Director.

The director, according to the statement, said that his country will be relying on structural diversion of LNG Cargoes from Nigeria as a starter within the next few months to tackle the growing energy needs.

He said the country had already entered into a working relationship with Sahara Energy to drive the process.

The Group Managing Director of the NNPC, Dr Joseph Dawha, while receiving the delegation, said the corporation was ready to cash in on the opportunity in line with its overall strategic expansion drive for Nigeria’s LNG market.
Dr. Dawha emphasised that the move would help broaden the supply base.

It quoted Dawha as saying “at the moment, the entire West African sub-region, starting from Nigeria, is undergoing phenomenal economic growth and that practically translates into a higher demand for energy.

As you know, the West African Gas Pipeline terminates in Ghana; so Cote D’Ivoire has come to request that we bring gas to them in the first instance by LNG and ultimately in the future by extension of the pipeline’’.

It noted that apart from offering a strategic opportunity for NNPC and Nigeria, the project was in line with the NEPAD spirit.

It said the project would serve the mutual growth of ECOWAS member countries by fostering the economic integration of the West Africa corridor.

“What this means is that in future we don’t have to go as far as Europe or Asia to supply LNG when we can do so next door,’’ he said.

It said a delegation from Ghana, led by the Minister of Power, Mr Kwabena Donkor, was earlier at the NNPC Towers to also seek support on recent unintended gas supply disruptions in the West Africa Gas Pipeline grid.

It said the minister was received on behalf of the corporation by Dr Ige, who assured that the NNPC was working aggressively with other partners to restore supply disruptions wrought by extraneous factors.

“ It has been a very difficult time not only for Ghana but for Nigeria as well because of the disruptions in pipelines.

“But I believe that the various interventions that are ongoing by the Federal Government would help restore as well as grow the reliability of the WAGP,’’ it said.