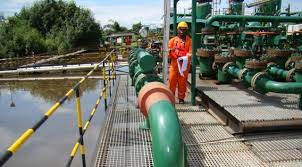 Port Harcourt — The Federal High Court in Yenagoa has fixed 14th February 2020 for continuation of hearing, on the N5.9billion oil spill compensation suit filed by Aghoro 1 community in Bayelsa State, against the Shell Petroleum Development Company of Nigeria Limited.

Recall that the people of Aghoro 1 in Ekeremor Local Government Area had in May 2018, sued SPDC over oil spills from the Trans Ramos pipeline, operated by the Dutch oil company in the area.

They are seeking redress for the damages cause by the oil spill and are claiming that the N33.49 million offered by SPDC was a far cry from the N5.99 billion claim based on impacted area damage assessment.

Listed as defendants in the suit are, Shell Petroleum Development Company of Nigeria Limited, Shell International Exploration and Production BV, Attorney-General and Minister of Justice and Nigerian National Petroleum Corporation.

But the absence of the Counsel representing the Attorney-General of the Federation, Mr Abubakar Malami, who is a co-defendant in the suit, stalled the hearing on the suit on Monday.

The Court was told that the said Counsel to the co-defendant in the suit, Mr Abubakar Abdulahi, was involved in a motor accident on Sunday.

Counsel to the plaintiffs, Mr. Mohammed Mohammed, told the Presiding Judge, Justice Isa Ndahen, that he was in receipt of a letter written by Abdulahi who was injured in the accident and was receiving medical care in Abuja.

According to Mohammed, Abdulahi in the letter to the court and parties to the case requested for an adjournment of the case till January 2022.

The Presiding Judge, Justice Isa Ndahen, adjourned the matter to February 14th, 2022, for continuation of hearing.