Evergreen
Home Other News COVID-19 stories that touch the heart

COVID-19 stories that touch the heart 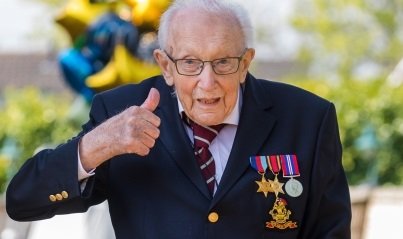 Lagos — The impact of the COVID-19 pandemic has inspired an era of superlatives. Records are being broken, history is being rewritten and the way we live and interact is changing almost unrecognisably. COVID-19 has claimed lives, breached social cohesion, devastated economies and planted fear even in the stoutest heart. Since being detected in Wuhan, China in December 2019, the pandemic has affected 185 countries, infected millions and killed thousands. The International Monetary Fund (IMF) reckons the “global economy will shrink by 3% this year,” and that, for “the first time since the Great Depression, both advanced and developing economies were expected to fall into recession.” The Great Depression, which began in the United States in the 1930s with the crash of the stock market, remains the most far reaching economic malaise of the 20th century. As workers quietly marked their Day on May 1, the International Labour Organisation warned that 1.5 billion people, half of the global workforce risked having their livelihoods destroyed by the pandemic. And in a development that should worry Nigeria, the price of oil fell to its lowest level in 18 years, and appeared in negative territory in the United States for the first time ever.

But I have other things about COVID-19 on my mind today. In the midst of our troubles, the human spirit remains indomitable as demonstrated in the daily decisions and actions of men and women across the globe. From Nigeria to Kenya and from the United States to the United Kingdom, we hear stories that melt our hearts. Captain Tom Moore is a retired British soldier who served in the Second World War. He turned 100 on April 30, 2020. Earlier on April 6, at the sprightly age of 99, Tom began a charity walk around his garden in aid of the British National Health Service which is struggling to cope with the high level of COVID-19 infections in that country. He planned to do 100 walks to raise £1,000, but as my son and his fellow Liverpool fans say, “you’ll never walk alone.” By the time he celebrated his 100th birthday, the man had raised £30 million! The birthday of a never-say-die centenarian quickly became a national celebration, with British Prime Minister Boris Johnson, who himself just recovered from a COVID-19 infection, describing him as “a point of light in all our lives.”

Light shines in diverse ways. A Kenyan widow blazed a culinary trail the other day when she boiled stones to give the impression to her eight children that she was preparing food for them. Ms. Penina Bahati, who lost her husband in gang clashes in Kenya, tried to feed her children by washing clothes around her neighbourhood. However, due to COVID-19 restrictions, she became idle and could no longer earn money. According to media reports, the woman, who lived in Mombasa, had to put the stones in water in the cooking pot and kept on boiling them until the children got tired of waiting for the meal and slept off. At a point she said the children realised the ruse but there was nothing she could do. The story broke when a neighbour went to check on her. With the resultant call for help, public-spirited individuals sent money through a bank account that the neighbour opened for her. Ms. Bahati called the turnaround a “miracle.”

Obedience to COVID-19 restrictions has been patchy in many cases with people behaving as if the disease is destined for anybody but themselves. So it was refreshing to see a father in Nigeria’s Ekiti State, Mr. Femi Adeoye taking it out on his son for travelling from Lagos to Ado-Ekiti in contravention of the clampdown on intercity travel. He was seen in a video clip reporting his son to the Ekiti State Taskforce on COVID-19 so he could “observe the stipulated 14-day self-isolation.” For this, the Ekiti State Governor, Dr. Kayode Fayemi appointed Mr. Adeoye as COVID-19 ambassador in the state. Mr. Adeoye’s example is remarkable because it is the kind of behaviour that will help to contain the spread of the virus.

But in some cases, the human frame succumbs to its mortality. Dr. Lorna Breen was the medical director of the emergency department at New York-Presbyterian Allen Hospital in the United States. She treated COVID-19 patients and contracted the disease herself. She recovered and returned to work. In conversations with her family, Dr. Breen “described devastating scenes of the toll the coronavirus took on patients.” On Sunday, 26 April, the doctor died from self-inflicted injuries at home. She was 49. In case you have not noticed, COVID-19 wants to strip us of our collective humanity. It wants to demean our dignity and destroy all that we stand and work for, as seen in the sad end of a young medical doctor who had everything to live for. Dr. Breen joins a growing of list of health workers around the world who have died in the frontline of duty. In Nigeria, 60-year old Aliyu Yakubu, died in Katsina State early April, the first medical doctor fatality of COVID-19 in the country. By attacking professionals with the training and expertise to help people, COVID-19 is on a mission to intimidate and scare. (It is like the arsonist who sets your house on fire and attacks fire fighters who respond to your distress call.) Regardless, one is bold to point out that the human spirit marches on with a single-minded desire to fight and overcome COVID-19. It could be in the form of a 100-year old raising humongous sums of money for a challenged health service, or it could be the story of a helpless widow who boiled stones for lunch only to enjoy a feast in the evening, or it could be a father who unashamedly sacrifices the comfort of his son on the altar of his love for his state. Captain Moore fittingly provides the most lifting words for these extraordinary times in a letter of appreciation he sent to the British public. “Please always remember,” he said, “‘tomorrow will be a good day’.” True, sir!