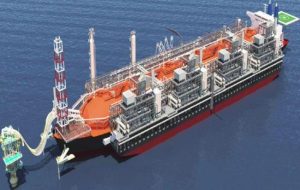 28 September 2018, News Wires — Croatia has again extended a deadline for submitting binding bids for the use of a planned floating liquefied natural gas (LNG) terminal in the northern Adriatic.

“The deadline has been moved from Sept. 28 to Dec. 20 this year,” state-owned LNG Croatia said in a statement on its website on Thursday.

The decision was taken after a request from potential bidders, it added.

The first time the deadline was extended in early August was for the same reason.

The terminal on the northern Adriatic island of Krk is planned as part of the European Union’s efforts to diversify from Russian energy imports. The targeted markets are countries in central and southeastern Europe.

The value of the terminal is seen at 250 million euros ($291.63 million) with the European Union financing just over 120 million euros.

The capacity of the terminal, which has a tentative date for operation from early 2020, will eventually depend on demand.

Local media reported earlier this year that initial demand for the terminal had been rather low, causing a delay in the final investment decision originally planned for last June. LNG Croatia refused to comment on the bidding procedure.