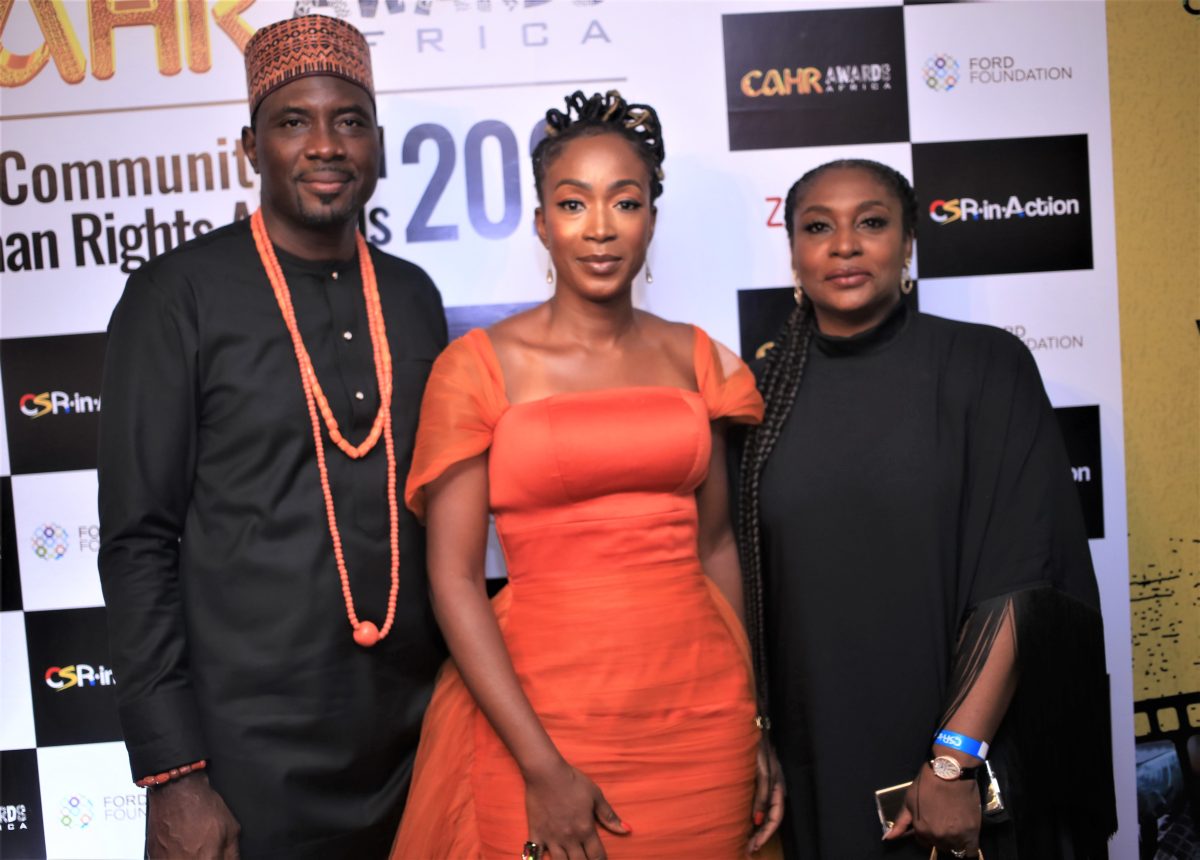 Lagos — The themes of social justice and gender inclusion dominated discussions at the premiere of ‘Earth Women’, a poignant documentary that explores the plight of women living in areas impacted by extractive activities, including oil and gas exploration and mining. Earth Women is an initiative of CSR-in-Action Advocacy, the development-focused arm of the CSR-in-Action Group and primarily funded by Ford Foundation.

According to Bekeme Olowola, who visualised the concept for the documentary, “when disasters occur due to the adverse effects of extractive operations, women suffer immensely because their sources of livelihood are threatened, and they often do not have control over what happens to them in such situations. But we want to use these powerful visuals to change that narrative.”

“This documentary is driven by our deep understanding of the multi-layered challenges in the extractive industries. For the past ten years, we have worked on a viable platform for resolving these socio-political issues by bringing together key stakeholders in government, business and the host communities,” Masade-Olowola said.

The Executive Secretary, Nigerian Extractive Industries Transparency Initiative (NEITI), Dr. Ogbonnaya Orji, commended the consistent commitment of Masade-Olowola and the CSR-in-Action team to finding sustainable solutions to the challenges facing the extractive industries sector in Nigeria through their Sustainability in the Extractive Industries Sector (SITEI) initiative for the past 10 years. Earth Women is an initiative of the SITEI-Woman project, an offshoot of SITEI.

“The issues facing the extractive industries sector in Nigeria can only be solved through collaborative efforts by multiple stakeholders including the government, extractive companies, communities, and the civil society. In the past ten years through the SITEI platform, Bekeme and her team have helped identify many of these problems and inspired the search for collaborative solutions to them,” said Orji.

According to Meka Olowola who is also the Chairman, SITEI Organising Committee, the SITEI-Woman project is a platform for driving social justice for women and promoting gender inclusion.

“Through SITEI-Woman, we want to help deconstruct some of the paradigms that have kept women away from vital decisions that have an overarching impact on their lives, especially with regards to resources available in extractive communities. We believe that empowered women will lead to peaceful and prosperous communities,” he added.

Ego Boyo ended the screening by enjoining institutions to join in the crusade started by CSR-in-Action. She further asked guests to visit the SITEI website to sign up to the gender mainstreaming recommendations and to contribute to the N300m fund being raised for an access-to-market platform for local female (and male) miners.