Curacao refinery at minimum as it continues partner hunt -sources 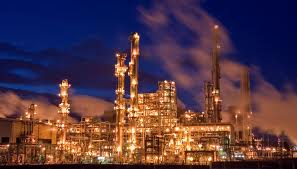 26 August 2018, News Wires — Curacao’s Isla refinery continues operating at a minimum level as it waits for the resolution of a legal dispute between Venezuela’s state-run PDVSA and ConocoPhillips to restore crude supplies to the plant, three sources close to the matter said.

Isla, owned by the island’s government and operated by PDVSA, is also still searching for a new partner to participate in the 335,000-barrel-per-day facility, the sources added. One option being considered is recruiting a company that would supply crude and markets its fuel output, one of the sources said.

PDVSA and Conoco this week reached a payment agreement over a $2-billion arbitration award related to the 2007 nationalization of the U.S. oil firm’s projects in Venezuela. The pact is ultimately expected to restore PDVSA’s oil shipments to Isla and other facilities in the Caribbean.

As part of that deal, Conoco said it would suspend legal actions that largely sidelined PDVSA’s Caribbean operations. The Venezuelan firm separately this month settled unpaid bills with NuStar Energy, enabling it to resume use of a storage terminal in St. Eustatius.

It is unclear if Conoco has received the first payment from Venezuela and lifted the legal measures. PDVSA has failed to fulfill previous agreements with creditors. In the meantime, oil operations in Curacao remain almost completely frozen, including the refinery and the neighboring Bullenbay terminal, until the agreement shows progress, the sources added.

“The refinery is only in re-circulation to avoid a total paralysis,” one of the sources said.

Isla suffered a power blackout in late July that along with a lack of crude supplies left operations in standby mode. Workers have been performing maintenance on the fluid catalytic cracker and the alkylation unit, which is expected to take about two months to be completed.

PDVSA has not shipped Venezuelan crude to the island since late May, when Conoco began seizing Caribbean assets to satisfy the arbitration award, according to the sources and Thomson Reuters vessel tracking data.

Curacao’s fuel distributor, Curoil, recently has been seeking imports of crude or fuel from the U.S. Gulf Coast to supply the refinery and gasoline stations in the island, two of the sources said.

Isla management and Curacao’s government last month said 15 firms were short-listed in a competitive process to temporarily replace PDVSA as the facility’s operator. The parties also are searching for a long-term operator for the refinery after PDVSA’s lease expires in late 2019.

The hunt for a temporary operator or oil supplier continues as the government and the refinery wait for the Conoco-PDVSA settlement to progress in coming months, the sources said.

“We are still looking to find a suitable entity, to bring crude and have it refined, and arrange the marketing,” one of the people said.

Tanker activity around Curacao’s Willemstad and Bullenbay ports has decreased in recent months, with only a few vessels going in and out of the refinery and the terminal.

“It is too early to say how the Conoco-PDVSA deal will work. PDVSA might pay the first installment and get delayed in further payments, as it has happened before,” another of the sources said.

Representatives for Conoco and PDVSA did not respond immediately to requests for comment.