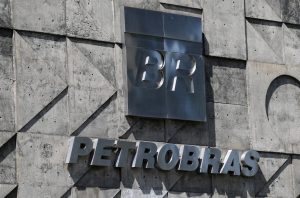 Sao Paulo — CVC Capital Partners and Brazilian investment firm Itausa Investimentos Itau SA are among the groups interested in an LPG distribution unit put on the block by Brazil’s Petrobras, two sources with knowledge of the matter said.

Petroleo Brasileiro SA, as the state-controlled oil company is formally known, expects interested parties to sign confidentiality agreements, the first step to participate in the sale process of Liquigas Distribuidora SA, by April 19.

Petrobras had agreed in 2016 to sell Liquigas Distribuidora to local rival Ultrapar Participacoes SA in a 2.8 billion-real ($720 million) deal, that was blocked by Brazil’s antitrust watchdog Cade in February 2018.

Financial investors are now the main target of the new process, since a sale to one of them would avoid new antitrust hurdles.

Ultrapar is again interested in participating in the sale, Brazilian newspaper O Estado de S. Paulo reported on Friday. But this time, Ultrapar would have to join a consortium according to new rules designed by Petrobras and its adviser, Banco Santander Brasil SA, to avoid new antitrust problems.

Petrobras, CVC, Itausa and Ultrapar did not immediately comment on the matter.

The rules, revised earlier this week, demand from rivals with more than 10 percent of market share in the Brazilian LPG distribution market cannot have a stake in the consortium that is higher than 30 percent of Liquigas’ revenue.